The suicide rate for kids ages 10-14 nearly tripled in the past decade. Why? And what can we do?

It's disturbing to read that in the U.S., "suicide is the second leading cause of death among children and adolescents ages 10-24, and the third leading cause of death among 12-year-olds."  Aside from genetic predispositions, structural racism and other forms oppression, contributing factors are the ways that schools thoughtlessly and reflexively objectify students, reducing their worth to a number on a standardized test.

This harms them and makes them feel powerless to change the world, much less their life circumstances—including that of their families and communities. Worse yet, what gets reinscribed are reductive, sterile, and alienating ways of knowing that get normalized in the process.  Where is community in all of this?  Our communities get objectified, too.

Our teachers are adversely impacted, as well.  According to one study in the United Kingdom, 1 in 10 teachers takes antidepressants.  Ample research demonstrates high levels of anxiety and mental health issues among them, generally.  However, the brunt of all of this is arguably born by our children and youth who frequently have fewer defenses or who lack access and can afford the supports that they need.

All of this is an artifact of policies and practices that are designed to create hierarchies that are premised on competition, individualism, and ultimately, the false notion of white supremacy that hurts Anglo children and youth, too, since we don't get one without the other.  That is, the race that we put all children on since birth is way too much stress, even for the more privileged among us.

The good news is that change is indeed possible.  That's why I and so many others advocate for eliminating high-stakes testing and Ethnic Studies.  Regarding Ethnic Studies, if done well, it re-humanizes schools and helps all children to be powerful and to derive an enhanced sense of self and purpose in life.

Schools themselves benefit, too.  If for a moment, they get off the economic model bandwagon to—as the late Brazilian educator, Paulo Freire, advocated—put learning itself at the services of social justice.

I myself feel very blessed and fulfilled to have a job that allows me to do this on a daily basis.  It wish this for all of our youth.  Why can't we have a world where what we do in our lives, on a regular basis, serves the greater cause of fairness, equity, and social justice?

The suicide rate for kids ages 10-14 nearly tripled in the past decade. Why? And what can we do? 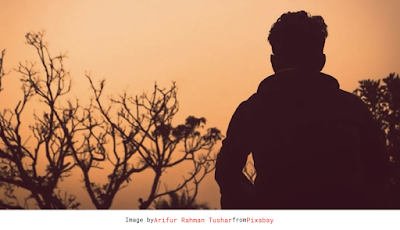 By Annie Reneau | 12.05.19
I was 10 when my uncle Doug took his own life. I remember my mom getting the phone call and watching her slump down the kitchen wall, hand over her mouth. I remember her having to tell my dad to come home from work so she could tell him that his beloved baby brother had hung himself.
Doug had lived with us for a while. He was kind, gentle, and funny. He was only 24 when he died.
My uncle was so young—too young—but not as young as some who end their lives. Youth suicide in the U.S. is on the rise, and the numbers—and ages—are staggering.
According to the CDC, the number of 10 to 14 year-olds who took their own lives nearly tripled from 2007 to 2017. In the U.S., suicide is the second leading cause of death among children and adolescents ages 10-24, and the third leading cause of death among 12-year-olds. In at least one state, Ohio, suicide has become the leading cause of death for kids ages 10 to 14.
It seems unfathomable that so many kids so young could want to end their own lives, much less actually do so, but that's the reality we're facing. Parents, caregivers and educators have to watch for red flags far earlier than most of us would ever imagine.
RELATED: Netflix cuts controversial suicide scene in '13 Reasons Why' more than two years later.
So what is behind this uptick? Why are more kids today dying by suicide than in recent generations?
An increase in mental illness is playing a big role. The vast majority of people who attempt to take their own life are struggling with a mental illness, such as clinical depression. And according to a study from the American Psychological Association published in March of 2019, certain types of mental illness have dramatically increased among young people—and only among young people—in the past decade.
"More U.S. adolescents and young adults in the late 2010s, versus the mid-2000s, experienced serious psychological distress, major depression or suicidal thoughts, and more attempted suicide," said Jean Twenge, PhD, lead study author and professor of psychology at San Diego State University. "These trends are weak or non-existent among adults 26 years and over, suggesting a generational shift in mood disorders instead of an overall increase across all ages."
Twenge believes that relatively sudden cultural shifts in the way kids spend their leisure time may be behind the spike in mental illness. "Cultural trends in the last 10 years may have had a larger effect on mood disorders and suicide-related outcomes among younger generations compared with older generations," she said. "These results suggest a need for more research to understand how digital communication versus face-to-face social interaction influences mood disorders and suicide-related outcomes and to develop specialized interventions for younger age groups."
So what can the average American do about this trend? How can we help?
Experts point to multiple avenues for helping prevent, identify, and treat mental illness that can lead to suicidal thoughts, as well as ways to make suicide attempts less likely.
- Encourage basic health maintenance
The first thing our daughter's therapist told us was that therapy for her anxiety wouldn't be nearly as effective without the basics of good sleep, nutrition, and exercise. While none of those things are cures or treatments in and of themselves, inadequate sleep, poor dietary habits, and lack of exercise can all affect mood, sometimes in dramatic ways, making mental health struggles worse. Encouraging healthy habits in our kids creates a foundation for better health overall, including mental health.
- Help kids be conscious of how digital media can affect them
Dr. Twenge emphasized how the ubiquitous screens in kids' lives can impact the healthy habits mentioned above, as well as healthy social interactions:
"First and most important is to get enough sleep. Make sure your device use doesn't interfere with sleep—don't keep phones or tablets in the bedroom at night, and put devices down within an hour of bedtime. Overall, make sure digital media use doesn't interfere with activities more beneficial to mental health such as face-to-face social interaction, exercise and sleep."
The pressures of social media and the potential for bullying and social isolation that goes along with them can also certainly play a role in a child's mental health. We have to be aware of how the online world impacts kids, be wise about when and how we introduce electronics, and help them navigate the digital landscape as they go.

- Be aware of risk factors and watch for warning signs
Boston Children's Hospital offers parents and caregivers a list of factors that put kids at risk for suicide as well as warning signs to look for:

- Get professional help early
If your child does seem to be exhibiting signs of depression or suicidal thoughts, don't hesitate to get help. It's easy for parents to think that a kid is just going through a phase or that it isn't really "that bad," but there's no harm in seeing a therapist even if you're not sure it's necessary. At worst, mental health professionals can help your child learn about how their brain works and give them tools to manage their thoughts and emotions. At best, early intervention may save a child's life.

RELATED: A huge thanks to those who openly share their mental illnesses. You saved my daughter.

- Talk openly about suicide and suicidal thoughts
Research shows that asking someone if they are feeling suicidal does not lead them to suicidal thoughts. Asking a child who seems depressed if they have thought about wanting to die or wanting to end their life is an important question that may help a child verbalize thoughts they've been afraid to share. Boston Children's Hospital recommends using clear, straight-forward language, such as "I'm worried about you. Have you been having thoughts about wanting to die or killing yourself?" It may be uncomfortable to bring up, but making it a topic of conversation conveys the message that it's okay to talk about it.

- Smash the stigma of mental illness
Many kids hide their true feelings because of the negative stigma surrounding mental and emotional struggles. Talking openly and matter-of-factly about mental illness is an important part of breaking the stigma. No one should feel ashamed or embarrassed to be struggling with their thoughts and emotions, any more than people should feel ashamed or embarrassed to struggle with physical illness. It's important for kids to know that they aren't alone, that these issues are common, that it's not their fault, and that there are ways to treat and manage them. Talking about a therapy appointment should be as normal as mentioning a physical check-up.

- Keep guns out of kids' reach
While there are multiple methods for suicide, firearms are by far the most immediate and lethal. Since access to weapons is a risk factor for suicide, how they are stored in the home makes a huge difference.
As the Harvard School of Public Health notes:
An NVISS study of firearm suicides among youths ages 17 and under occurring over a two-year period in four states and two counties found that 82% used a firearm belonging to a family member, usually a parent. When storage status was noted, about two-thirds of the firearms had been stored unlocked. Among the remaining cases in which the firearms had been locked, the youth knew the combination or where the key was kept or broke into the cabinet.
It's worth noting that families without guns at home have the lowest suicide rates. But for those who do own firearms, safe storage matters.
In a world where children are increasingly taking their own lives, knowing what to look for and how to help is vital. We can also strive to make sure young people know they have support and feel a sense of hope for the future. Suicide touches all of us eventually, so it's up to all of us to help prevent it in whatever way we can.
If you or someone you love is thinking about suicide, call the 24-hr National Suicide Hotline 1-800-273-TALK (8255).

Posted by Angela Valenzuela at 12:52 PM