This is bone-chilling.  Trump just killed a revered Iranian general without approval from Congress
and is thusly provoking a war with Iran.  Specifically, he killed one of Iran's most highest-ranking
generals, Qassem Soleimani.

Wonder if Mitch McConnell knew?  Democratic Senator Chuck Schumer was not informed of
this decision. Nancy Pelosi just said on CNN this evening that she wasn't  informed either.

While the piece below suggests that this is a re-election ploy, his timing also suggests that he is
creating a distraction from impeachment.

Regardless, this is a reckless and vicious act of aggression by a very twisted and evil man.

The Republicans should fire this president immediately.  He is a massive risk to the planet.

Here’s why Trump viewed a president

starting war with Iran as a guaranteed 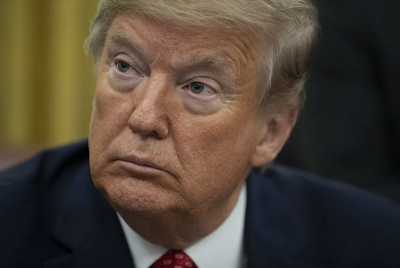 President Donald Trump’s Pentagon on Thursday claimed credit for the “hugely consequential” assassination of Iranian Gen. Qasem Soleimani in Iraq.
Soleimani is a “revered” figure in Iran, and the country’s state television cut scheduled broadcasts to show photos of the general with a call for prayers.
With Middle East analysts expecting retaliation — and even war — it’s important to remember Trump’s views on the subject.
In 2012, Trump was convinced that then-President Barack Obama would launch a war with Iran to boost his re-election effort. Political scientists refer to a “rally around the flag” rise in poll numbers for commanders-in-chief at war.
“I always said Barack Obama will attack Iran, in some form, prior to the election,” Trump tweeted in August of 2012.


Two months later, Trump was still worried Obama would launch a war to bolster his political standing.
“Polls are starting to look really bad for Obama. Looks like he’ll have to start a war or major conflict to win. Don’t put it past him!” Trump warned.
He followed up again before the election, which Obama won without launching a war with Iran.
“Don’t let Obama play the Iran card in order to start a war in order to get elected–be careful Republicans!” Trump warned.

I always said @BarackObama will attack Iran, in some form, prior to the election.


872 people are talking about this

Polls are starting to look really bad for Obama. Looks like he'll have to start a war or major conflict to win. Don't put it past him!


14K people are talking about this

Don't let Obama play the Iran card in order to start a war in order to get elected--be careful Republicans!

Posted by Angela Valenzuela at 1:19 AM