Heartfelt words in abundance on the passing of major civil and human rights activist, the legendary Maria Jimenez.  I knew her personally and always admired her. In my late 20s, she was one of my main inspirations to activism  on immigrant and immigrant women's rights. What a force of nature she was, a proud legacy with impacts that will reverberate far into the future.

I share some words from my friend, Dr. Estevan Flores who makes this comment in recognition of her passing:

Another champion of immigrant rights has passed away. Maria Jimenez of Houston lost her battle to cancer. In my first career I was an immigrant rights activist and researcher. I worked in Texas with so many Chicano/a activists, we beat Texas in Doe v. Plyler in 1982 at the U.S. Supreme Court. Who was always there organizing with community, leading with an impassioned, critical and astute mind? Maria Jimenez! We served together a decade on the Board of the National Network for Immigrant and Refugee Rights (S.F. CA). Maria's voice and passion will be missed. Maria Jimenez presente!

As you can read from Harris County Judge Lina Hidalgo's Twitter commentary and reflection below, she was a mentor to so many of us. 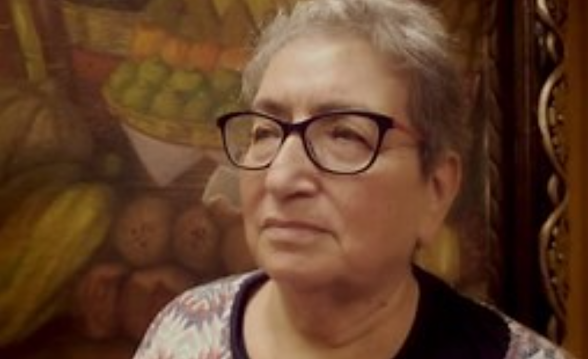 Houston Chronicle - Julian Gill, Olivia P. Tallet,
Longtime Houston civil rights activist Maria Jimenez has died after a long cancer battle, her family announced Wednesday. She was 70 years old.
“Our mom Maria Jimenez lost her battle with cancer and passed away peacefully last night,” her son Carlos Villareal said in a social media post. “She always did things for others before she did things for herself; she is respected, loved and will be missed by so many.”
Jimenez, who spent decades championing the rights of women, minorities and immigrants, was diagnosed in January 2018 with peritoneal cancer. Doctors had previously declared her in remission after she underwent chemotherapy and surgery at MD Anderson Cancer Center. Last year, however, the cancer returned.
Harris County Judge Lina Hidalgo said she was devastated by news of her passing. “She was a compassionate and tireless leader, fighting for the most vulnerable, especially immigrants,” Hidalgo said. “She was a mentor to me and one of the first people to support me in running for County Judge. Rest in power.”
Cesar Espinosa, executive director of FIEL Houston, an immigration advocacy group, said Jimenez was a “pioneer” and a “visionary.”
“Maria is and will always be a beacon of lucha through her teachings,” he said in a Twitter post. “She told many of us that the way to remain eternal was to teach others what was taught to us and so it shall be done. In the last conversation we had in person we talked about how she would come work at @FielHouston after her retirement.”
Jimenez shared her views on feminism in a Latino context as one of the authors in the book “Feminist Family Values Forum” with high-profile activists Gloria Steinem, Angela Davis and Mililani Trask.
The activist has been a leader in researching and speaking out on issues concerning voting rights, the treatment of immigrants by the U.S. Border Patrol and amnesty for thousands of Texas residents attempting to qualify for a 1986 legalization law..
julian.gill@chron.com

Posted by Angela Valenzuela at 8:28 PM