I post this blog in support of my colleague, Dr. Alberto Martinez, who has been at the point of the spear in this fight among Latina/o faculty at UT against wage discrimination. This isn't at all a matter of identity politics.  Far from it.  Rather this is against exploitation and under-representation, on the one hand, and about plain and simple fairness, on the other. Do read the Executive Summary: Hispanic Equity Report, UT Austin, October 8, 2019, by the Independent Equity Committee (IEC), or better yet, click here to download and read the entire report.
What should concern us are the serious short- and long-term implications for Texas if the research, frameworks, policy-relevant findings and so on are structured out by practices that systematically exclude, under-pay, and marginalize Latino faculty like Dr. Martinez and others. This means that much less of this research will get done at a time that the Latino community is ascendant in our state, as well as nationally.
Thank you for your courageous leadership, Dr. Martinez and Godspeed!
-Angela Valenzuela 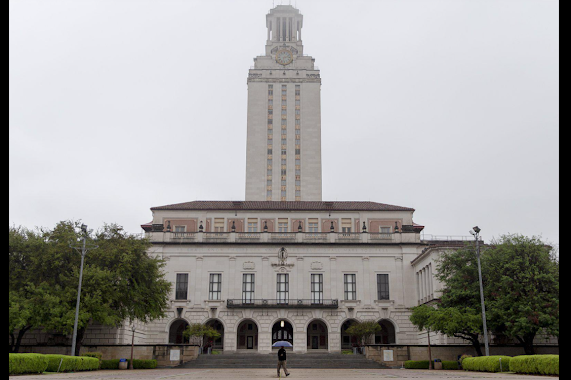 By Asher Price
@asherpricePosted Dec 1, 2020 at 4:46 PM
Updated Dec 1, 2020 at 6:23 PM
Alleging retaliation and employment discrimination stemming from his efforts to document pay inequity at the University of Texas, a UT history professor is suing the university in federal court.
Alberto Martínez, a history of science scholar, accused the university and his former department chair of a “relentless campaign” to deter efforts to “correct longstanding, systemic disparities in opportunities and pay for Hispanic faculty at UT” in a lawsuit filed last week in Austin.
“This case is important not only because such retaliation must always be reported and penalized,” the lawsuit says, “but because it involves equity for esteemed Hispanic faculty at a major public university.”
Going deep into interdepartmental politics, the lawsuit discussed alleged differences between Martínez and Jacqueline Jones, a two-time Pulitzer Prize finalist and scholar of race, slavery and class who was also chair of the history department.
After Martínez raised questions about pay equity, Jones appointed Martínez in 2018 to lead a new committee on equity.
The lawsuit suggests the two were soon at odds, however, after Martínez issued a draft report showing pay disparities and lack of promotions to positions of leadership within the department, especially for Hispanic and Black employees.
The suit claimed Jones impeded a final report and considered disbanding the committee.
Jones, the president-elect of the American Historical Association, did not respond to requests for comment. The current chair of the UT history department also did not return a request for comment.
The lawsuit claims, among other things, that Jones falsely accused Martínez of writing disparaging statements about female co-workers.
And it says that “Jones accused Martínez of stating that Jones only gave promotions in the History Department to Jewish faculty members, and that such statements have caused a ‘toxic environment’ and sowed division between Jewish and non-Jewish faculty.”
The allegation “was absurd,” the lawsuit says, “because (a) ‘Martínez’ is a Jewish Hispanic last name, (b) Martínez is one of the only faculty who teaches an entire course on a Jewish person, Albert Einstein, eight times since 2005, (c) Martínez has taught two courses on Scientists and Religion in History, including Judaism, (d) Martínez has taught about the Holocaust in 16 additional courses since 2006, and (e) none of Martínez’s hundreds of students or co-workers ever claimed that he said anything against Jewish people.”
University spokesman J.B. Bird said “the university continues its work to review and address concerns related to faculty compensation.”
“Professor Martínez is a member of the university’s Equity Review Process Consultative Committee where he is in a position to participate in the university-wide initiative to review salary differences, understand bases for differences, and offer feedback,” Bird continued in an email. “We look forward to continuing this important work.”
Bird said the university will address Martínez’s allegations in a response to the lawsuit.
The lawsuit seeks unspecified money damages, saying Martínez has suffered “humiliation, embarrassment, emotional and physical distress, and mental anguish.”
Martínez told the American-Statesman that “the actions against me are symptomatic of other negative experiences endured by some Hispanic faculty at UT Austin, who don’t speak up because of fear of retaliation.”
“Time and again I’ve seen Hispanic faculty leave because of what, I believe, is disparate treatment or worse,” he said.
A 2019 report published by a group of UT professors, including Martínez, found that Hispanic faculty members at UT lag behind their counterparts in salary, leadership positions and head counts, according to a recently released report.
The report showed Hispanics in 2017 made up about 7% of tenured and tenure-track faculty and that of the 98 academic departments and equivalent units, only six department chairs were Hispanic.
The report also said Hispanic full professors on average were paid about $25,000 less than their white counterparts, Hispanic associate professors were paid about $10,600 less, and Hispanic assistant professors were paid about $19,600 less.
Posted by Angela Valenzuela at 11:54 AM