Meaning of LEAP Scores a Mystery to Most Louisiana Parents

Susan Poag / The Times-Picayune
Fourth graders raise their hands to answer a question posed by teacher Cheryl Mackie while studying in preparation for the LEAP Test at Westwego Elementary School in March 2009.
Ten years after the introduction of standardized testing in Louisiana, much about the meaning of exam results remains a mystery to the average parent or guardian. Last week, thousands of students from across the state retook the exams, known as the LEAP or iLEAP in grades three through eight, and the GEE, or Graduate Exit Exam, starting in the 10th grade. But most will measure their success solely by whether they scraped by enough points to advance out of the fourth or eighth grades, or to graduate.
While the state has released sample test questions and a report linking GEE results to ACT scores, some argue educators could do a better job explaining what different results mean in terms of specific skills mastered, and whether a student is on track to handle college-level work.
"Unless the scores have contextual meaning, they have little meaning at all for the public," said Scott Norton, Louisiana's assistant state superintendent for student and school performance. Norton notes that when he received the LEAP results for his two daughters this spring, he had a serious leg up on most parents in grasping what different categories -- ranging from "unsatisfactory" to "advanced" -- actually mean.
"We depend on the schools to help us interpret this for the parents," he said.
Translating into ACT results
Arguably the most tangible connection comes from a study correlating Graduate Exit Exam performance to ACT scores. That study, which included thousands of Louisiana students, found that students with an unsatisfactory score on the English portion of the GEE had an average ACT score of 12, while those who rated advanced on the state test earned an average of 29 on the ACT. A middle-of-the-pack designation of "basic" on the GEE translated into an average of 19 on the ACT. And a basic in math equated to an average score of 18 on the ACT.
That means that most of the students scoring basic overall -- the state's definition of performing at grade level -- fall just short of qualifying for Louisiana's scholarship program for four-year universities, known as TOPS Opportunity, which requires a minimum ACT score of 20.
Many public schools focus intensely on increasing the number of students scoring at basic since at least one basic score is required to advance at the high-stakes grades. But if they want to prepare their students for college, and help them afford the tuition, schools need to increase the number of students scoring at the "mastery" and "advanced" levels.
The advantage of the ACT comparison is that it has real-world consequences in terms of college acceptance and financial aid that parents are more likely to understand than more abstract references to "grade-level" work.
"Grade level means different things to different people," said Leslie Jacobs, an architect of the state's accountability system.
What can pupils do?
But ACT scores remain an abstraction for some people. A more time-consuming but deeper way to understand the significance of LEAP tests is to study the sample questions and the skills that must be mastered to achieve certain scores. Unlike some other states, Louisiana does not release complete versions of its tests. But it does publish more limited information, including the yearly sample questions.
View full size
In fourth-grade math, for instance, a student scoring advanced can typically determine the range of a set of data; a student scoring basic can calculate a total value of cash based on pictures of different coins and dollars, and then divide that total in two; a student scoring "approaching basic" can identify a right angle.
For the high-school exit exam, a student scoring advanced usually understands the concept of experimental probability and can apply it to equations; a student scoring basic can identify geometric shapes such as parallelograms and rhombuses; and a student scoring approaching basic can construct a simple algebraic equation.
The LEAP and GEE tests are what's known as "criterion referenced" rather than "norm referenced." That means they are designed to test students' knowledge of specific, defined skills rather than simply compare their abilities on the test with those of other children.
However, the iLEAP tests, which are not high-stakes, incorporate a combination of the two different approaches, says Josh Densen, a managing director of the Achievement Network in New Orleans. The network works with schools to share data and interim test score results with the goal of helping them improve.
Densen said there's less consistency between the two types of standardized tests that students take in Louisiana than there is in the other states where the network works. He noted that the iLEAP, for instance, puts a much greater weight on a student's understanding of language conventions like grammar, sentence structure and capitalization than the LEAP test does.
Apples-to-apples test ahead?
All of this could soon be a moot point, however, as Louisiana has signed on with 25 other states for federal money the group would use to develop a common standardized test for use across all the states. A total of $350 million for developing common tests is available through the Race to the Top program.
State Superintendent Paul Pastorek said in a statement that "instead of comparing how Louisiana students perform on Louisiana tests with how California students perform on California state tests, the common assessments will allow an 'apples to apples' comparison of student achievement across states."
A national test called the NAEP already exists, but only a sample of the student population takes it. Norton noted that even if the Race to the Top application is successful, Louisiana students would not take the new test for another few years.
Posted by Angela Valenzuela at 10:58 PM 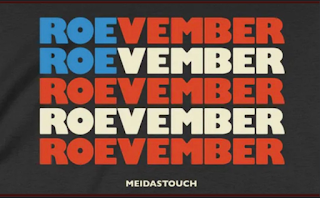