Thanks to Bonnie Lesley for sharing this November 7, 2016 piece from the Houston Chronicle.  It speaks the truth about how Texas' schools are starving no thanks to Lt. Governor Dan Patrick who does not support equitable school funding while simultaneously backing charter school and Education Savings Accounts (vouchers) legislation that he knows will bring public education to its knees in Texas. That IS the whole point as this piece by Cort McMurray observes.  Yet here's what a credible Stanford study finds (that's consistent with other studies in the field): 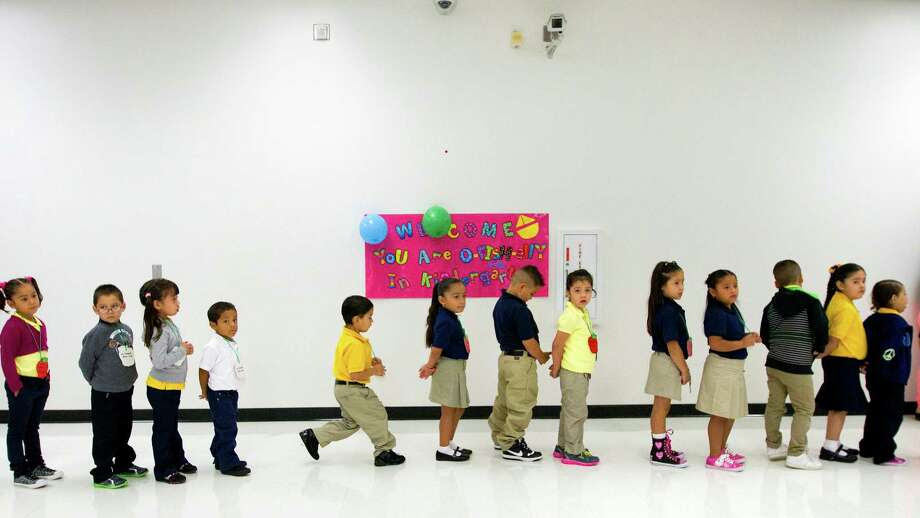 Texas Lieutenant Governor Dan Patrick was in town this week, talking schools, school finance, and property tax reform. These are favorite topics for Patrick, who, before becoming arguably the most powerful man in state government, was a Houston media personality, best known for undergoing an on-air vasectomy during a live radio talk show. In his 2015 inaugural address, tucked between the Stetsoned hubris and the cowboy booted jingoism and the liberal quotation of Scripture, Patrick bemoaned the failure of "our inner city schools" and invoked Martin Luther King's "I Have A Dream" speech to articulate a dream of his own, a "dream of the day every child gets a quality education so they can break the binds of poverty and live the Texas and American dream."

It was a "conversation" in which a middle-aged white man was having a “conversation” in a room filled with middle-aged white men and women, talking about “people in the inner city.”  Mr. Patrick likes to talk about the “inner city.”  It’s a phrase he uses often.  He talks about “inner city” schools, which are invariably “failing,” and inner city residents, who are “losing their homes” because they can’t afford to pay the gosh-darn property taxes: It’s not the lousy economy or the drugs and gangs or the relentless tectonic grind of decades of tone deaf public policy that’s ruining the places where the poor folk live. It’s property taxes.

Patrick speaks about “the inner city” with the smooth confidence of a man who’s never experienced the challenge but knows the precise solution. He’s the loudmouthed guy at the end of the bar, explaining how to hit a Clayton Kershaw slider. He’s the clueless uncle, giving an expectant niece his sure-fire, drug-free tips for managing pain during childbirth.  He’s the eternal talk show host, all honeyed words and callus-free hands.

What Patrick wants has little to do with bringing hope or light to the shadowy spots in our benighted inner cities. What Patrick wants is the evisceration of the Texas public school system, replaced with a quasi-public collection of “charter schools.”

Property taxes are the primary means of financing public education in the state. Earlier this year, Education Week, a highly respected newspaper, published Quality Counts, its 20th annual analysis of performance in U.S. schools.  Texas ranked 42nd out of 50 states and the District of Columbia in student performance, 42nd in “student chances for [post-high school] success,” and 45th in quality of school funding.

Patrick’s solution to a stretched, struggling, woefully underfunded system?  Cut the funding.  Starve the schools.  Starve them to death.

The old propagandist’s adage – Lie big and lie often, and eventually your lie becomes what everyone believes – is at play here. The conventional wisdom is that charter schools produce better results than public schools. The reality, as reported by Stanford economist Margaret Raymond in her CREDO study of math performance in charter schools, is that just 17 percent of charter students outperform their traditional public school peers. Thirty-seven percent of charter school students underperform the public school kids, and 46 percent achieve levels identical to the students in the traditional schools.

But the most powerful man in state government keeps selling the charter school magic. In a display of faux sincerity that would have made Eddie Haskell grimace, Patrick told his Houston audience that without immediate school reform, “we are going to have a have and have-not population,” as if he hadn’t noticed that Texas split into haves and have-nots several generations ago.

While some charters — KIPP Academy and YES Prep are leading lights here in Houston — do very good work, the charter system is rife with questionable curricula, underperforming students, and gross malfeasance. Last year, the founders of the Varnett Public School, a Houston charter serving predominately poor, minority students, were indicted by federal prosecutors, charged with embezzling $2.6 million from the school. Harmony Public Schools, one of the largest charters in the state, has been investigated for everything from bias in admissions to accounting irregularities to ties to a controversial cleric in Turkey. Charters may be an aid in improving educational opportunities for some students. They are not a panacea.

All over our city, teachers and administrators struggle against those twin Dickensian nightmares, Ignorance and Want, as they try to prepare their students to be productive citizens. They struggle with budgets wholly inadequate to their classroom needs. They struggle to inspire kids who have never known a family member — not an aunt, not an uncle, certainly not a parent — to attend college, much less earn a diploma.

Kids who face pressures that would buckle the knees of most adults — you have not experienced the whole of Houston until you’ve sat down with a 16-year-old who’s taking all AP classes while holding down a 30-hour-a-week busboy job, because without his paycheck, the family would lose their home — find solace and sanctuary at school. Every single public high school in Houston has kids like that. And every single kid like that has teachers and principals who are killing themselves to give those kids every chance to succeed. 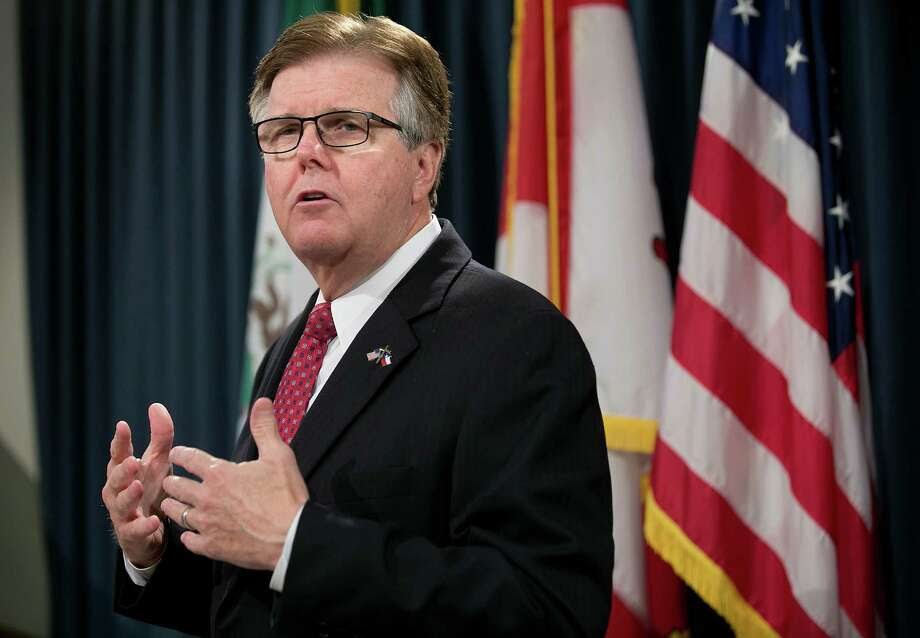 All of them, teachers and administrators, teachers and students, struggle against the easy fixes of our state leaders, those French-cuffed Pharisees who breeze into town from time to time, attending special invitation “conversations” in rooms filled with middle-aged white people just like them, where they solemnly shake their jowls and bemoan the problems in “the inner city” and announce that vouchers and charter schools will make everything all better.

In Houston, the “inner city” is everywhere. Dan Patrick doesn’t seem to understand that. It’s in Sunnyside and Denver Harbor. It’s in Aldine and Spring, a blown kiss (or a waved middle finger, take your pick) away from the forested affluence of Kingwood and The Woodlands, places where the Dan Patricks of the world congregate. It’s in Alief and Galena Park, Rosenberg and Galveston, Spring Branch and Pasadena.

For thirty years, we have fidgeted and wrangled over equitable school finance. We have filed suits and countersuits. Our leaders have turned a deaf ear to teachers, parents, and administrators, and left two generations of our kids to twist slowly in the new digital economy. We have slowly starved our schools. And we’ve built football stadiums. There’s always money for football stadiums.  Now, when the crisis is ripe, our lieutenant governor comes to Houston, cooing soft words about our troubled inner cities, and declaring that the solution is “school choice.”

This state, like the rest of the United States, was built on the notion of universal public education.  The school was the center point of the community: It was the one building in the neighborhood that belonged to everyone, no matter their race, their creed, or their gender.  We all had a place there. We all had a stake there. And that common stake, that sense of place, enabled a collection of farmers and factory workers to raise children that became scientists and poets and world-changers. The public school gave us hope. It inspired people to look past the troubled places, to believe that there was a reason to believe. It made us America.
Dan Patrick needs to think about that the next time he comes to town for a conversation.

Cort McMurray is a Houston-area businessman and a frequent contributor to Gray Matters.

Posted by Angela Valenzuela at 10:33 PM