Big news coming out of El Paso.  They are launching a "Chicano Studies" online program out of the University of Texas El Paso (UTEP). If you are not from the U.S., it is important to know that there is a direct tie of the self-referent, "Chicano," to the Mexican American Civil Rights Movement that took place in the late 1960s and throughout the 1970s in it hey day. Names and labels are complicated, as I've commented previously here on this blog before.
Among the other names for Chicano Studies, by the way, are "Mexican American Studies," "Tejano Studies" (in Texas), and "Mexican American and Latino Studies" (as we have here in Austin at UT).
Though from a disciplinary perspective, there is overlap, Chicano Studies is not the same as Latin American Studies which focuses largely on Latin America instead of the domestic. U.S. population.  This is, of necessity, a broad stroke since many scholars' work overlaps.  That said, these are very distinct disciplines with distinct intellectual concerns, frameworks, bodies of knowledge, conferences, scholarly identities, journal/publishing outlets, and so on.
Back to UTEP.  I would think that the decision to name themselves was an involved ordeal like it usually is. Regardless, what should not get lost in the mix are at least the following three items that are worthy of note:
First, the enduring affinity to that moment in history when our 60s and 70s activists first called for culturally inclusive curriculum in our public schools as part of a larger struggle for transforming the challenging social, cultural, political, and economic conditions that they faced.
Second, this is occurring in the context of what truly is a robust revival of the movement's call for Mexican American Studies curriculum in the current moment—and not just in Texas, but also in California, Arizona, New Mexico, Colorado, and Oregon.

In Texas, to the best of my knowledge, the following districts—all very large—have endorsed Ethnic Studies and are in the process of developing curriculum:  Austin ISD, El Paso ISD, and Fort Worth ISD.
Lastly, all of this is happening in the wake of the successful #RejectTheText battle involving a racist textbook, against the Texas State Board of Education that has roots in an earlier statewide initiative in 2012 by the Mexican American community, spearheaded by South Texas banker, Renato Ramirez and the Tejano Monument Committee, to establish a Tejano Monument on the grounds of the Texas State Capitol.
So now Texas, UTEP, in particular, boasts an on-line Chicano Studies curriculum.  It is encouraging and inspiring to consider that now the world has access to Chicano Studies (Note: see this website scholar-led website, MAS Texas Education , for additional curriculum and other resources).  It is not only a new day, but a long-awaited one.
Remember that, as bellwether states, so goes California and Texas, so goes the nation. Rather than resisting this, our school boards, school districts, schools, and states should embrace it and join the movement for Ethnic Studies.  If done well, you and your children will be the better for it anyway.  I promise. 😀 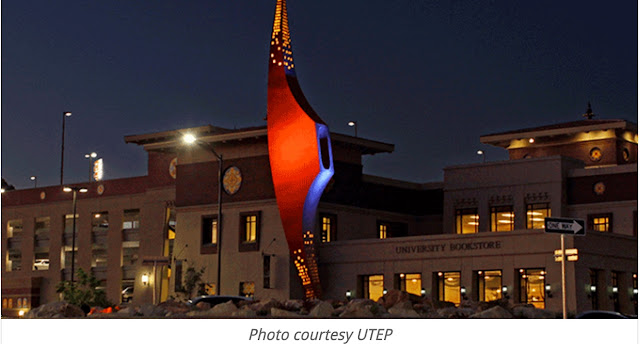 July 8, 2017
The Chicano Studies Program at The University of Texas at El Paso has recently launched a new online Bachelor of Arts in Chicano Studies option enabling students across the United States and around the globe to have access to one of the oldest and most respected Chicano Studies programs in the nation.
In 1971, UTEP became the first university in Texas to introduce a Chicano Studies program.
UTEP’s online option will follow a similar curriculum to that of the University’s on-campus Bachelor of Arts in Chicano Studies program with one major difference: online students will be able to attend classes from anywhere in the world they have a computer and Internet access.
“There are large concentrations of ethnic Mexicans residing throughout the country who hunger for knowledge about history and culture, who want to see themselves in the grand narrative of the United States,” said Dennis Bixler-Márquez, Ph.D., director of Chicano Studies. “This program provides them with that space.”
The multi- and interdisciplinary Chicano Studies program is 100 percent online and is ideal for aspiring professionals seeking to work in positions (both in the private and public sector) that require knowledge of the Mexican origin population together with literacy and digital communication skills.
The curriculum emphasizes the dynamics of the U.S.-Mexico border and the Latino presence throughout the nation and provides an opportunity for students to link that knowledge with other disciplines and professional careers. Chicano Studies majors will complete 30 hours of core courses in Chicano literature, cultural diversity, immigration, social justice and more.
UTEP’s strategic location on the U.S.-Mexico border will enable students to gain substantial expertise on the historical, cultural and geographic context of the Mexican origin population – the largest ethnic minority group in the U.S.
Chicano Studies majors will engage with students from different backgrounds through online group work and discussion boards. They also will also develop team, organizational and planning skills and become proficient with computer software programs.
Chicano Studies graduates often continue on to law school, public health administration, social work, national security, and master’s and doctoral programs in these areas and more.
The online program is offered through UTEP Connect, the University’s collection of fully online baccalaureate, graduate and certificate programs.
For information about the online Bachelor of Arts in Chicano Studies, visit their website.
To learn more about the UTEP Connect suite of programs, visit utepconnect.utep.edu.
Posted by Angela Valenzuela at 9:43 PM