Memories of West Texas By the late Dr. Leticia Galindo

It's hard to believe sometimes that your friends have gone, departed from this Earth, taken away much too soon, with so much talent, and much too young.  I met Leticia Galindo in 1981 when she and I were both graduate students at UT.  She was pursuing a doctorate and I, a masters degree in sociolinguistics.

After getting introduced by a mutual friend, our bond was instant and we shared many wonderful moments together.  She was the first Chicana from West Texas that I knew who was pursuing a doctoral degree and that totally amazed me at the time.  There have never been many of us Chicana PhDs—and even fewer from West Texas—so it was deeply gratifying for me, a struggling masters student, to meet someone like her.

We both happened to be from West Texas—she, from Sonora and me from San Angelo.  She grew up closer to the border, myself a little farther north, but both from West Texas, a complicated space particularly for Mexicans that she captures well in this poem, "Memories of West Texas."

Her poetry captures well the Spanish that I grew up with that linguists term "code-switching."  It must surely grate to the ears of linguistic purists.  Shame on them.  Do they not know that there are no pure languages? Short of the ravages of war, conquest, and colonization to people, and by extension, to speech communities, it's the "pure ones" like Latin that ultimately die out.

To me, Leticia's Spanglish is beautiful, if not wondrous.  To be able to blend in a patterned way two distinct languages (as opposed to dialects) requires mastery of both.  Plus, it sounds and feels like home.

Such memories about which Dr. Galindo wrote must not only be kept alive, but we must connect them to the present in order to ascertain more fully the distance we have traveled socially, culturally, and economically as communities whose knowledge, stories, histories and languages have been largely subjugated.
Thanks to San Diego State University Director of the Office of Education and Ethnic Affairs, Augustine "Gus" Chavez for sharing. 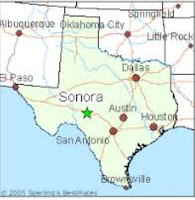 By the late Dr. Leticia Galindo

El arroyo
Unpaved streets
Sinaloa
La Elliott School
We didn’t mingle con los gringos
They lived on ranches or on the other side of town
Pero no le hace.

I don’t remember not being able to drink from water
fountains or having to sit on the balcony of the movie
Theater porque era ‘meskin’ asi como mis padres y abuelos.

Si me acuerdo de…/I do remember…

Distortions
De mi nombre- Ledsa, Letisa, Lettuce-ah
Por maestras gringas
Ay, ama y apa, why couldn’t you give me a
gringo-like nombre like ‘Jane’ or ‘Mary’?
it was hell having a mexicano name back then.

Being scared
of Doña Cuca, la loca, who chased us after school
as we ran through the arroyo on our way home.

Death
De mi amiga Yolanda, my classmate de Ist grade
A bunch of drunk gringos coming from Mexico
crashed into her family’s car
I had never known anyone to die until her
She was only seven

1964
intergration con los gringos for the first time in my life
After all, I was in junior high
It was scary pero alli estaban mis amigos y amigas de la
Elliott conmigo.

LEAVE THE CLASSROOM! GET OUT, GO IN THE HALLWAY-
YOU ARE SPEAKING SPANISH. YOU ARE DISRUPTING MY
CLASS FOR SPEAKING UP FOR LA RAZA!!
‘Trouble-maker’ ‘radical’ National Honor Society member
3rd highest graduate of Class 1970
These are some of my high school memories and labels
What contradictions.

La vida en West Texas
Filled with conservatism
And small-town mentalities
Where football is king
And gringos are Baptists and Bigots.

My roots are there
Mi papa Pedro
Mi abuelo Pedro Sr.
Mi abuela Juanita are all buried there.
I can’t ever leave
No matter how hard I try.
Posted by Angela Valenzuela at 10:03 PM