Rodolfo F. Acuña: The purpose of Chicano Studies was “to liberate students through literacy”

Beautiful 2012 piece by Dr. Rudy Acuña. His powerful words on the purpose of Chicana and Chicano (or Mexican American) Studies still resonate. Liberation is simply not achievable without a vigorous life of the mind that a critical education provides. Expressed differently, literacy gets corrupted when it's about testing companies making tests, young people hopefully scoring highly on them, and even internalizing the results as saying something meaningful about them.

Once we relax these assumptions about students' test scores, we must ask not only why they have such a grip on both students' and educators' lives, but also what they say about students' education?

Dr. Acuña provides some key insights that link pedagogy to the practice of freedom.

Rodolfo F. Acuña: The purpose of Chicano Studies was “to liberate students through literacy” 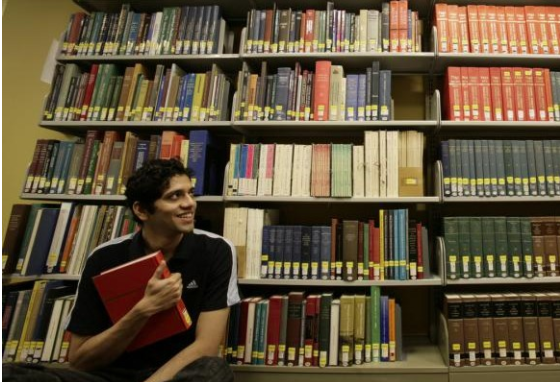 “Education either functions as an instrument which is used to facilitate integration of the younger generation into the logic of the present system and bring about conformity or it becomes the practice of freedom, the means by which men and women deal critically and creatively with reality and discover how to participate in the transformation of their world.”-Paulo Freire. Pedagogy of the Oppressed

I always start a meeting with the farm worker handclap in a tribute to University of Arizona Professor Mark Stegeman, the former president of the Tucson Unified School District, who as a pretext for eliminating the TUSD’s Mexican American Studies (MAS) Program, said that he went after MAS because after listening to Mexican Americans use the clap, he knew that Mexican American Studies was a cult. Stegeman’s statement proves my mother’s saying that “Para pendejo no se estudia. Se nace.”

I joined the struggle to Save Ethnic Studies in Arizona because the stupidity of xenophobes and their intent to destroy all the educational reforms that Mexican Americans have struggled for.

In this context I pay tribute to Paulo Freire who has become a legend so much so that we know the legend, but have contesting views of Freire. Our understanding of Freire and his relevance differ due to the fact that several generations separate us and time has a way of distorting reality. In other words, we do not have a common epistemological base, although we are all concerned with education.

Not everyone wants to be educated, however. The forces who benefit from the status quo want this generation to conform to their interests. Consequently, they see Freire as a subservice and worse, according to them, un-American. This is at the crux of the inquisition in Tucson.

When I first read Freire, it was in the context of another time. He was not a legend yet but one among other progressive educators.

The Sixties were a time when we wanted to transform society and create the underpinnings of a democratic and just society. Educators such as Freire were the antithesis of today’s “No Child Left Behind” which reduces learning to indoctrination with subject matter drilled into students.

Education today is reduced to “Roses are red and violets are blue” with no other answer acceptable.

As a junior high school teacher, my education included the great John Dewey who wrote, “Education is not preparation for life; education is life itself.” The purpose of teaching was to educate – to motivate, to engage students to learn – and if they did not, it was your fault not theirs.

Dewey gave literacy a meaning beyond reading the bible. Dating back to the days of Plato and the birth of the notion of democracy literacy has been associated with citizenship.

An American myth is that what makes this nation exceptional is its commitment to public education. The reality is that while Massachusetts Bay Colony had schools, eligibility was limited to race – blacks and Indians could not attend them. As the nation developed, former colonies became states. Compulsory education became more common.

As the number of Mexicans grew, organizations such as the Alianza Hispano-Americana and the League of United Latino American Citizens pressed for educational reform. After World War II, educators such as George I. Sánchez demanded better education for Mexican American children and advocated for pedagogies such as bilingual education.

In 1960, the median education of Mexicans in Texas was the third grade and in California the eighth. However, teachers knew that this was an illusion and that large numbers of Mexican Americans were functionally illiterate. They knew that the schools were not teaching Mexicans rather warehousing them.

Reformers were also motivated by Vatican II which began in 1962; it gave birth to Liberation Theology. The poor had the right to enjoy the bounties of the earth – salvation was communal.

This environment produced giants such as Ivan Illich who in 1960 established a center in Cuernavaca, Mexico — CIDOC (Centro Intercultural de Documentación). It was a watering hole for educators and intellectuals throughout the Americas. His books Deschooling Society and Tools of Conviviality were anchors.

Many educators, myself included, looked at a lasting transformation emanating from education. Literacy was not the possession of communism or any other ideology, although note was taken of Mao’s literacy campaign in China.

Educators knew that literacy had broken the isolation of Helen Keller, a blind child with a limited vocabulary. Words freed Keller and words made her a world intellectual.

It did not take much to look around the schoolyard and recognize students mired in poverty and hopelessness. Many would go to jail because of a lack of literacy. I remember teaching literature from Classic Comic Books and occasionally motivating students to read.

I remembered my mother who had been legally blind since the age of four reading the Encyclopedia Britannica peering through the largest magnifying glass I had ever seen. Although she could not help me, she wanted me to read.

In this context I read The Invisible Minority (NEA) in 1966. An essay by a 13 year-old Mexican girl caught my senses:

MeTo begin with, I am a Mexican. That sentence has a scent of bitterness as it is written. I feel if it weren’t for my nationality I would accomplish more. My being a Mexican has brought about my lack of initiative. No matter what I attempt to do, my dark skin always makes me feel that I will fail. Another thing that “gripes” me is that I am such a coward. I absolutely will not fight for something even if I know I’m right. I do not have the vocabulary that it would take to express myself strongly enough…

How could someone who looked at herself in this way learn?

I looked for inspiration to the work of humanist psychiatrist Frantz Fanon. His writings gave me goose pimples:

I ascribe a basic importance to the phenomenon of language. To speak means to be in a position to use a certain syntax, to grasp the morphology of this or that language, but it means above all to assume a culture, to support the weight of a civilization.

When students created an opening in 1968 and 1969, I became part of the first wave of hires. The mission was to set up a Chicano Studies Department.

My epistemological underpinnings differed from most activists — I did not consider the disciplines to be at the core of Chicano Studies. For me, its purpose was to liberate students through literacy. Its purpose was pedagogical.

This discipline-pedagogy dialogue consumed the next forty-two years. No one seemed to be listening until one day I was invited to speak at the 12th Annual Institute for Transformative Education sponsored by the TUSD Mexican American Studies Department.

I had written about the Arizona-Sonoran Border and published Corridors of Migration (Arizona 2008).

In the early 2000s I accompanied Armando Navarro and others to the border to protest the growing violence against Mexican immigrants. But participating in this conference and witnessing their resurrection of Freire reminded me of an encounter I had had in the 1980s when I got a call to go up to La Paz, the United Farm Workers headquarters.

I was not thrilled at the prospect of spending time there, I was not into rabbit’s food. However, I greatly admired César Chávez.

Much to my surprise when I go there I was introduced to Paulo Freire; César and he were to have a special encuentro. César arrived late and immediately launched into dialectic on how he was in the middle of union business and as a poor man could only control his time so it was a duty to use that time for the union.

I had feared that César was going to get blown away. However, after he finished, Freire got up emotionally and pointed to him and said only one word “praxis.”

My emotions so overwhelmed me at Tucson that I too could only think of the word “praxis” when I met Sean and the MAS teachers. These people were teachers.

So when the “rose are red” people tried to eliminate them I had no other choice but to enlist.

In this struggle I have often recalled the words of Fanon,

Sometimes people hold a core belief that is very strong. When they are presented with evidence that works against that belief, the new evidence cannot be accepted. It would create a feeling that is extremely uncomfortable, called cognitive dissonance. And because it is so important to protect the core belief, they will rationalize, ignore and even deny anything that doesn’t fit in with the core belief.— Frantz Fanon (Black Skin, White Masks)

I understand this but as a teacher I also understand that everyone has the right to be “Me” and feel proud of themselves. Roses can be blue and violets red.

Posted by Angela Valenzuela at 11:00 AM