The Obama administration has made opening more charter schools a big part of its plans for improving the nation’s education system, but Education Secretary Arne Duncan will warn advocates of the schools on Monday that low-quality institutions are giving their movement a black eye. 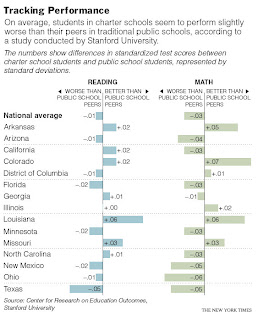 “The charter movement is putting itself at risk by allowing too many second-rate and third-rate schools to exist,” Mr. Duncan says in prepared remarks that he is scheduled to deliver in Washington at the annual gathering of the National Alliance for Public Charter Schools.

In an interview, Mr. Duncan said he would use the address to praise innovations made by high-quality charter schools, urge charter leaders to become more active in weeding out bad apples in their movement and invite the leaders to help out in the administration’s broad effort to remake several thousand of the nation’s worst public schools.

Since 1991, when educators founded the first charter school in Minnesota, 4,600 have opened; they now educate some 1.4 million of the nation’s 50 million public school students, according to Education Department figures. The schools are financed with taxpayer money but operate free of many curricular requirements and other regulations that apply to traditional public schools.

Mr. Duncan’s speech will come at a pivotal moment for the charter school movement. The Obama administration has been working to persuade state legislatures to lift caps on the number of charter schools.

“The charter movement is one of the most profound changes in American education, bringing tremendous new options to underserved communities,” Mr. Duncan is to say in the speech, the text of which was provided to The New York Times by his advisers.

“Charter authorizers need to do a better job of holding schools accountable,” the speech says. (Mr. Duncan is to note exceptions like the California Charter Schools Association, which last week announced a plan to establish and enforce academic performance standards for charter schools.)

The Stanford study, by the Center for Research on Education Outcomes, used student achievement data from 15 states and the District of Columbia to gauge whether students who attended charter schools had fared better than they would if they had attended a traditional public school.

“The study reveals that a decent fraction of charter schools, 17 percent, provide superior education opportunities for their students,” the report says. “Nearly half of the charter schools nationwide have results that are no different from the local public school options, and over a third, 37 percent, deliver learning results that are significantly worse than their students would have realized had they remained in traditional public schools.”

Nelson Smith, president of the charter school alliance, said that the authors of the Stanford study could have phrased their findings more positively, with no loss of accuracy, but that he considered the center a “very credible outfit” and its director, Margaret Raymond, “an esteemed researcher.”

“To a remarkable extent, they are walking the walk,” he said. “They’ve been very clear on the need to stimulate the growth of quality charters.”

Mr. Duncan has been working to build a national effort to restructure 5,000 chronically failing public schools, which turn out middle school students who cannot read and most of the nation’s high school dropouts. In his speech, he will urge states, school districts, nonprofit groups, teachers’ unions and charter organizations “to get in the business of turning around our lowest-performing schools.”

“Over the coming years,” the speech says, “America needs to find 5,000 high-energy, hero principals to take over these struggling schools, and a quarter of a million great teachers who are willing to do the toughest work in public education.”

Mr. Smith said he believed that some charter school operators would react favorably to Mr. Duncan’s call, but only if they were given flexibility over hiring and firing teachers, structuring student learning time and other issues.

“They have to be able to maintain the integrity of the charter model,” Mr. Smith said.
Posted by Dr. Patricia D. López at 10:46 PM