Powerful piece on the contradictory stance of so-called "radical love" that fails to truly exercise love in and through difference. -Angela 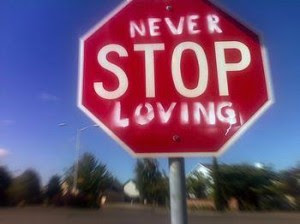 Sometimes when some folks approach me out of an assumed shared cultural identity, I get tight. Recently another South Asian woman spoke to me at a gathering and the more I talked with her, the more I could see her pauses and the dawning disappointment that I wasn’t quite the desi she was counting on. Meanwhile, I was getting tight.
And this is a different tight than what I feel when my [ethnic] identity is not immediately apparent to and then, of course, immediately questioned by a white person. Have a white person ask me where I’m from, no, where I’m really from, and then where I’m “from from,” and I sometimes am able to don a poker face that would make any professional rounder proud. But hand me an infinitely more subtle passport check from someone closer to my hue and I’m either awkwardly verbose or I pull a sepia-toned disappearing act. Through my awkwardness, my body is speaking with a tuning fork clarity. Across these interactions, differentially, but still saliently, I am being asked to prop up a version of myself so that someone else can have their colonial mirror angled just so. In case it needs to be said, the cut from the person of color is much deeper.
Don’t get me wrong. I’m not saying that I am necessarily able to, even in a moment that I recognize to be colonizing, leverage the crunk, the “mode of resistance [that] will help you get your mind right” that I so admire. For me, the crunk, the ability to cast off objectifying reflection with righteous indignation usually comes about a day after, as I am sifting through words, gestures, and facial expressions, often with the help of my closest sisters. This makes sense given my socialization through a strongly patriarchal and abusive home place where the role of women was to be small and to absorb waves of internalized racist anger. The crunk comes later for me because the silence and tightness always comes first. That the crunk comes at all is a victory.  It is a victory because it contains both my reckoning with the indissoluble ties I have with white heteropatriarchy and the nascent moves to exist outside of those ties. For me, that has been the place of most clarifying radical love I’ve known, a place where I move beyond my own murmurs of radical politics to a more specific view that is cognizant of yet not deferential and limited to the history of coloniality. 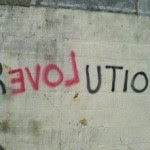 And therein lies some, just some, of the space that I think we’ve yet to design in the name of radical love, how to be in relation with ourselves and each other that is in full recognition of the genealogies of colonialism. I been spending time filtering through interactions and I’m concerned that in lots of activist circles, we might be misusing the term radical love, in a manner that collapses different trajectories, complex personhood, and variation for narcissistic purposes. I worry that we assume a knowledge of each other instead of genuine inquiry into the specifics of experiences, shared and not. We come by it honestly. People of color are so pervasively, albeit differentially, under the heel of white supremacist hetero-patriarchal settler colonialism that we are perhaps understandably quick to want and assume a sameness. We reach for solidarity and safe spaces even while we act out practices that are more traditionally narcissistic, defining ourselves through categories. Put another way, our uses of the term radical love don’t automatically dismantle the traditions of colonialism, conquest, and dominion. And we should never assume as much.
I know this may seem fundamental, even obvious, but I fear that we underestimate the ways that metrics and assumptions of sameness and opposition will continue to shape a love that is narcissistic, which is not really love if you ask me, even in the midst of radical talk. When I quiet my own political identity project enough to truly sit with the long and ongoing reach of coloniality, I am more humble at the potential and elusiveness of radical love. How could we, truly, have within our easy reach the rhetoric, the language, and motions that would effectively counter the still pervasive mythology that one person’s spotlight is dependent on another person’s shadow? It makes sense that we would seek each other out, and even use the language of radical love, when really we’re just tilting our own mirrors, having been fooled that the role of others in our lives is not to be themselves but to be something to us, so that we can exist. Those sinews of needing others for our own projects are deep and got a tight grip. The hell of this illusion is that there exists no path to loving ourselves that subsidizes the presence of others. But perhaps precisely because we know each other’s vulnerable spots of authenticity, we zero in more than we cushion those.
As Audre Lorde labored hard to have James Baldwin understand in their epic conversation, it is the sleight, opportunistic recognition of each other’s pain and circumscribed humanity that lays the foundation for embodied imperialism instead of radical love. And when I say labor, I mean labor.

In their ridiculously fly, dangerous, and rhythmically vibrant conversation, Lorde warns the ever brilliant Jimmy B that he was plain up assuming way too much sameness. She lays it out: “We have to take a new look at the ways we fight our joint oppression because if we don’t, we’re gonna be blowing each other up. We have to begin to redefine the terms of what woman is, what man is, how we relate to each other.” Lorde implores Baldwin to teach young black men to stop targeting their aggression on black women. She was, I believe, cautioning Baldwin to slow his appeal to come together so that he would reckon with the gendered anti-black objectification and violence that was, and still is, taking place. Her central point was that there is no coming together if we cannot be honest about the ways that people of color take up the colonial tactics of objectification.
This is the violence that I worry continues on, subtlety but perceptibly, in the name of radical love; one that objectifies and narcissistically assumes much too much. If we don’t learn to see ourselves through similarity and difference and radically love those differences, we’ll continue to separate. We’ll carry on categorically sectioning each other off, ultimately becoming the weapons of coloniality that seek differences to stagger and rank, to hurt. And we don’t need a single white person in the room to do any of that.
Collectively, we are not in a place to easily manifest radical love and I guess I’m mostly asking that we don’t force it like we are. To be sure, I’m not denying that there have been some long jump-like strides of late led by people of color unreasonably, radically daring to love each other, despite the centuries-long, sad tropes of, for example, what it means to be a black male. These spaces are crazy beautiful but not the rule. We have overdeveloped muscles to differentiate and rank, to passport check, but in doing so we have atrophied the muscles necessary to radically love. While exhausting, we have to give birth over and over to ourselves, to our understandings of each other. But, also perhaps unreasonably, I believe this is a good initial place. Knowing that we lack the language and analytics for something deeply necessary for our very breath makes possible the omission’s demise. Maybe even makes it certain.
Much gratitude for Gabriela Fullon for her insights into this essay
_______________________________________ 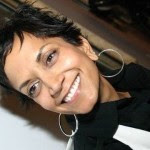 Lisa (Leigh) Patel is a cultural worker, researcher and writer working with youth.  She is an Associate Professor of Education at Boston College and works extensively with recently immigrated youth and teacher activists. Like most children of immigrants, she played overlapping roles of child and adult and was drawn to—and simultaneously felt like an outsider to—many cultures. These early border experiences have been key to her professional life has taken shape: as a journalist, as a teacher, and as a researcher and writer.  Across all of these experiences, her focus has been on the ways that education structures opportunities in society, and her daily work has been with youth who are marginalized through those structures.
Posted by Angela Valenzuela at 9:49 AM