Studies show lack of Latino teachers in the U.S. is a growing issue

Here is the key point of this March 13, 2018 article that underscores the depth of the current crisis.

Many of us are working to address this through Grow Your Own educator projects. Academia Cuauhtli, which is now entering its 6th year, is one such project.

By "grow," we mean both creating pathways into the teaching profession and growing teachers' critical consciousness.  That is, as community-based organizations, colleges and universities, we work closely with schools and school districts to establish partnerships, provide professional development opportunities for K-12 teachers, as well as offer curriculum and pedagogy at the higher education level that is social justice, community-centered, place-based, and interdisciplinary in ways that map onto the burgeoning movement for Ethnic Studies—locally, as well as nationally.

Very exciting work.  More on all of this in the weeks and months to come.


Studies show lack of Latino teachers in the U.S. is a growing issue
Despite comprising a quarter of the student population in U.S. schools, Latinos account for just eight percent of teachers. Schools across the country want to know: How can that be changed? 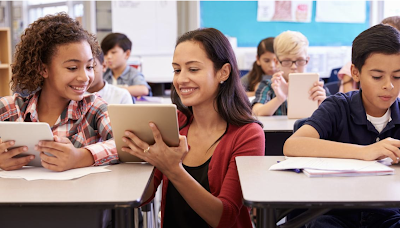 By Emily Neil | March 13, 2018 | Al Día Education
According to a recent study from the Center for American Progress released in February, the percentage of Latino teachers nationwide lags far behind the fast-growing percentage of Latino students in the nation’s public school system. Though Latino students make up almost a quarter of the student population in schools nationwide, and that number is expected to grow, only about eight percent of teachers throughout the country identify as Latino.
The study shows that California has the widest gap between the percentages of Latino students and teachers, at 36.4 percent. Pennsylvania is in the lower half of state rankings, with a gap of 7.9 percent.
The disproportionate lack of Latino teachers causes problems for both Latino teachers and students, a report from the Education Trust, also released in February, found. Of the sample of 90 teachers from five states and the District of Columbia who were participated in focus groups as part of the Education Trust study, many reported that they are relied upon in their school communities to spend additional time and effort providing translation and interpretation for parents and staff — a role which on top of teaching responsibilities makes for a heavy workload, especially if they might be one of only a few bilingual teachers and staff members at a school where the majority of parents are Spanish-speaking.
For students, the gap means that they are not often able to see themselves represented in teaching positions and positions of authority. Latino students currently lag behind other groups in graduation rates from both high school and institutions of higher education. Studies have shown that for students of color, having teachers that reflect their identities has the benefit of providing them with role models, higher standards for their own efforts, and a deeper cultural understanding of the context of their lives and backgrounds.
The gap could grow even more. According to some reports, an estimated 20,000 teachers are eligible for DACA or are current DACA recipients, and of these 20,000 about 90 percent are Latino. If, barring congressional legislation, the Trump administration’s injunction to end the program is upheld or enacted, the loss of these already certified and experienced Latino teachers would be a blow to creating a more diverse teacher population.
The CAP study concluded with recommendations for continuing to address the diversity gap for Latino teachers by recruiting more and maintaining those Latino teachers that are already working in the system. The recommendations include: passage of a clean Dream Act; increasing federal funding to attract more Latinos to teaching; and developing high-quality alternative teaching certification programs that would attract more Latinos.
“Grow Your Own” programs are pointed out by the Education Trust report as one example of a successful effort to put that last recommendation into action. School districts in Texas, Illinois, California, and other states have begun to implement these programs, which support paraprofessionals, classroom aides, and other support staff in schools — a group shown to be more representative of Latinos and other populations - with tuition assistance and other services in order to attain their teacher certification.
Posted by Angela Valenzuela at 2:13 PM