Who "Gets" to Be Bilingual? [Compliments of the NEPC] 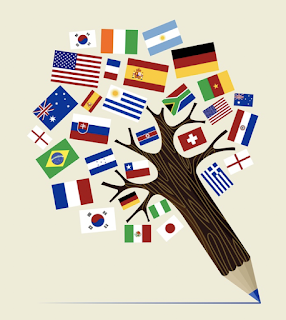 Who “Gets” to Be Bilingual?

The Seal of Biliteracy has social justice roots. Promoted by Californians Together, a non-prof-
it coalition supporting educational equity, the Seal was initially intended to demonstrate
the value of bilingualism by attaching a prestigious credential to the diplomas of students
who demonstrate proficiency in two or more languages by the time they graduate from high
school. There was a special, though certainly not exclusive, focus on demonstrating the lin-
guistic assets (rather than the deficits) that emerging bilinguals bring to the table.
Yet as the Seal has spread to other states, a
recent study
suggests the program may have
strayed from its equity-based origins in that it privileges native English speakers. The study
found that students of color and students from low-income families are less likely to partic-
ipate than students who are white and/or from higher income families.
In the Q&A below, NEPC Fellow
Beatriz Arias
discusses the Seal in the context of broader
trends affecting emerging bilinguals in the United States.
Arias
is former Vice President and
Chief Development Officer for the Center for Applied Linguistics (CAL), a nonprofit organi-
zation based in Washington, DC. Currently she is a Senior Research Scientist for CAL. Arias
is an emeritus Professor at Arizona State University with expertise in policy issues for Latinx
students, including bilingual education and school desegregation.
Q: What are “Seals of Biliteracy?” How did they come about?
Recent research
has found that schools with higher percentages of students of color and stu-
dents from low-income families are less likely to participate in Seals of Biliter-
acy programs. Why do you think this might be occurring?
A:
The Seal of Biliteracy is an award placed on the student’s high school diploma in rec-
ognition of achieving bilingual proficiency. The Seal of Biliteracy program began in 2011
Tuesday, September 24, 2019
Newsletter
http://nepc.colorado.edu/publication/newsletter-arias
1 of 6

Posted by Angela Valenzuela at 5:34 PM