Hispanic voters are growing in power. Why are Democratic presidential candidates ignoring them?

This news story is a sad tale we've heard far too many times before on how the Latino community is getting dismissed by the Democratic presidential candidates.  It's disappointing that more Latinos aren't supportive of former HUD Secretary Julián Castro—and who seem to be lining up behind Bernie Sanders since the other candidates haven't made time to court them.  This despite significantly higher rates of voter participation in the last election and changing demographics that assure as much or greater participation in the coming ones.

This picture needs to change dramatically.  This story tells me that the burden is as much on the electorate that needs to get out to vote and get even more politically involved as it does on how we are treated, meaning that we are systematically and offensively dismissed not only by those in power, but even those that "seek" our vote.

Hispanic voters are growing in power. Why are Democratic presidential candidates ignoring them? 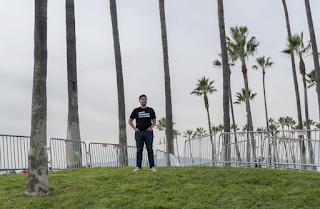 Christian Arana, the policy director at the Latino Community Foundation, received little response from Democratic candidates when his organization sent out a questionnaire. (Philip Cheung/For The Washington Post)