America came to Hispanics, not the other way around, by Julio Noboa

Just came across this January 20, 2019 piece by Dr. Julio Noboa that notes the importance of history. What we know today as "Texas," "America" or the "United States" and so on is actually the shortest part of our history from an Indigenous perspective as conveyed by the descendants of the original peoples to this continent, myself included.  This dreadful history of forceful incorporation to the modern nation state was not only on the basis of violent armed struggle, genocide, and colonization, but continues to be so as the anguishing humanitarian crisis along the U.S,.-Mexico border attests.

Let's stop as a country fighting the Indigenous peoples of this continent.  Let's honor through our policies and practices the quest for respect and dignity within and across our many struggles.  Let's make things just and right and let's heal the Earth, beginning by disavowing extractive, violent ways of relating to her and to each other.


America came to Hispanics, not the other way around 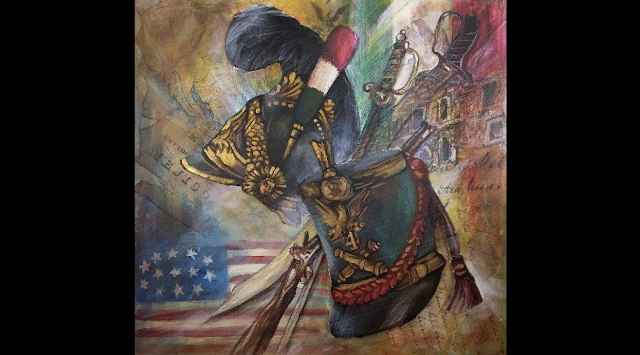 The Hispanic presence in the United States is inextricably linked to pivotal events in our nation’s history. Last year, 2018, marked two important events that forever changed the destiny of Mexico and Puerto Rico, the homelands of the two largest Hispanic groups in our nation. These events resulted in millions of Latinx people being absorbed into this territorial and cultural expanse we call America.


For Mexican-Americans, Feb. 2, 2018, marked 170 years since the signing in 1848 of the Treaty of Guadalupe-Hidalgo at the end of the Mexican American War. The U.S. expanded to include almost half of Mexico’s territory, bringing into the nation vast regions of the West, including California, Colorado, New Mexico and Nevada.
Another important but unrecognized result was the birth of the Mexican-American people, many of whom still identify as Chicanos — constituting a whole new ethnic identity within the American cultural and political landscape. However, in violation of the treaty’s promises and assurances, Chicanos’ rights to their language and culture were soon threatened and abrogated, and much of their properties and lands were lost through duplicity, intimidation and outright violence. Mexican-Americans are still struggling to gain their legitimate claim to a host of human rights, and classroom history books continue to exclude their cultural, economic and military contributions to this nation.
For Puerto Ricans, particularly most of us who identify as Boricuas, July 25 marked 120 years since Gen. Nelson Miles’ troops landed on the southern shores of our island, in the final chapter of the Spanish American War.
Claiming to bring the blessings of American civilization, Miles disbanded a democratically elected council of Puerto Rican deputies and replaced them with a military government. Nearly two decades later, the Jones Act of 1917 granted Puerto Ricans U.S. citizenship. Boricuas were not permitted to vote on this most crucial decision.
Following a period of imperial neglect, U.S. corporations came, conquered and gained control of most of the arable land, turning it into a sugar cane cash crop. While our labor was being exploited and our resources extracted, the colonial government instituted an English-only policy in public education, decimating our native language and culture. For decades it was only the U.S. president — for whom Boricuas could not vote — who appointed the governor of the island.
Last year marked 70 years since Puerto Ricans were finally permitted in 1948 to elect their own governor, Luis Muñoz Marin. However, the empire obligated him to suppress the legitimate movement for Puerto Rican independence to the point that during the repression, it was a crime to sing the national anthem or simply fly the Puerto Rican flag. Still, mounting economic pressures forced millions of Boricuas, beginning in the 1950s, to leave their homeland in search of employment in the cold industrialized cities of the North.
Both the Treaty of Guadalupe-Hidalgo and Miles’ landing in Puerto Rico were culminating events of two wars: the Mexican American War and the Spanish American War. The concept of Manifest Destiny — so often invoked during the 19th century to justify conquest, genocide and domination — made these wars seem inevitable.
The Manifest Destiny of this nation was in the past two centuries — and even as conceived today — to be one of expansion, domination and hemispheric hegemony. Yet, for many Hispanic Americans, our cultural destiny revolves around affirmation of our culture and language, preservation of our identity and hemispheric cooperation.
Among the most essential, pivotal issues for Boricuas and Chicanos are those that were initiated and defined by those two wars of conquest. Mexican-Americans are more concerned about immigration and citizenship issues and Puerto Ricans are more focused on the complex conundrum of their island’s political status. Yet in both cases they can legitimately proclaim that “before we came to America, America came to us!”
It is not enough to simply know history, we should become aware of the relationship historical events have to the problems of today. As a multicultural nation of immigrants and natives, we need to understand well the lessons of history and commit to utilizing peaceful cooperation, rather than violent domination, for resolving the problems of diversity that await.
Julio Noboa is a recently retired assistant professor of social studies at the University of Texas at El Paso and, in the past, a frequent contributor to the Express-News opinion pages.
Posted by Angela Valenzuela at 12:04 PM