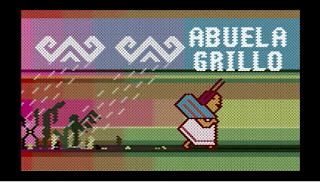 Check out this amazing short video that is great for the Ethnic Studies, especially Native American Studies, classroom sent to me compliments of Indigenous elder and teacher Dr. Carlos Aceves titled, "The Song of Grandmother Cricket." Here's the published description:

This beautiful animated short film, inspired by a myth from the Bolivian lowlands, was created by a group of Bolivian animators in collaboration with The Animation Workshop of Denmark. When Abuela Grillo (Grandmother Cricket) sings, it rains, and in a country marked by water shortages, the film is a response to the privatization of Bolivia’s water resources by foreign corporations. The Cochabamba water wars of 2000 was a series of massive protests by the indigenous community to retain access to their water supply, which eventually pressured the government to revoke the international contract. Voiced by Bolivian singer Luzmila Carpio, traditional Quechua singing weaves indigenous melody throughout the film, further illuminating the cultural roots of this fight for the universal right to pure water.

Referencing the struggle over water rights, the film poignantly illustrates the immorality of privatizing water.  Along these lines, I also encourage you to see a movie featuring Gael García Bernal titled, "Aún la lluvia," ("Even the Rain"). Here's the trailer. You can even view this very impactful film in English or Spanish.

As a global community, time really is of the essence. We must liberate water from corporate ownership everywhere.

Posted by Angela Valenzuela at 5:36 PM