Many of our Texas schools are still not open due to the winter storm damage such that our children will have missed so many days of instruction and now they want us to divert precious instructional time and resources toward this?

This is patently wrong-headed and unconscionable. This whole testing regime is a bipartisan bad idea. 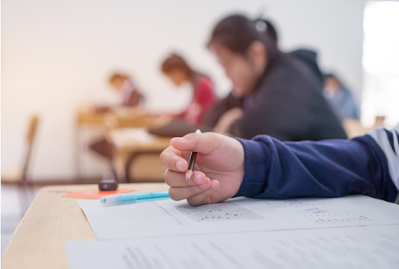 States will not be allowed to cancel federally mandated standardized exams this school year despite the pandemic, though they will be offered significant flexibility in how they give those tests and how they’re used, the U.S. Department of Education informed state education leaders Monday.

In a letter to states, the department said that it will not invite state requests for “blanket waivers of assessments” required by the Every Student Succeeds Act; states received such waivers last spring. However, the department said it would allow states to administer shorter versions of state exams in English/language arts, math, and science, or let states administer exams this summer or even into the next school year.

The Education Department also told states that it will allow them to seek waivers from federal requirements for school accountability, including the mandate to identify certain low-performing schools, for the 2020-21 school year. Such flexibility would include a waiver from the requirement that states test 95 percent of eligible students.

“It is urgent to understand the impact of COVID-19 on learning,” Ian Rosenblum, acting assistant secretary in the office of elementary and secondary education, wrote to states. “We know, however, that some schools and school districts may face circumstances in which they are not able to safely administer statewide summative assessments this spring using their standard practices.”

Rosenblum said states would still have to publicly report data by student subgroups, as required. He also specifically encouraged states to extend the testing window for English-language proficiency tests.

Rosenblum did not give a deadline for when states would have to seek flexibility from accountability or other requirements. However he also said the department recognized that “individual states may need additional assessment flexibility based on the specific circumstances.” He added that in such cases, the department “will work with states to address their individual needs and conditions while ensuring the maximum available statewide data to inform the targeting of resources and supports.”

Whether to let states cancel these exams has been a major question looming over the Biden administration. Leading Democrats for K-12 policy in Congress and others have said the tests are crucial to informing educators about how students have been affected by the pandemic. Yet teachers’ unions and some Republicans are among those who have pushed for students and schools to be let off the hook when it comes to these exams. States like Michigan and New York have sought testing waivers from the department for this spring.

During his confirmation hearing, Miguel Cardona, President Joe Biden’s nominee for education secretary, said that assessments are crucial to learning where students stand but did not take a firm position one way or the other on letting states cancel them. Before his nomination, Cardona, Connecticut’s education commissioner, told his state last year that he planned to press forward with annual state exams. Cardona has not been confirmed by the Senate.

Last year, former U.S. Secretary of Education Betsy DeVos said her department would not grant blanket testing waivers for this year, although that position no longer mattered after President Joe Biden won the November election.

In response to Monday’s news, American Federation of Teachers President Randi Weingarten called the decision not to grant waivers a “frustrating turn” of events.

“It misses a huge opportunity to really help our students by allowing the waiver of assessments and the substitution, instead, of locally developed, authentic assessments that could be used by educators and parents as a baseline for work this summer and next year,” Weingarten said.

Becky Pringle, the president of the National Education Association, encouraged states to apply for the waivers being made available, but also disparaged the value of the state exams during the pandemic: “Standardized tests have never been valid or reliable measures of what students know and are able to do, and they are especially unreliable now.”

Meanwhile, Carissa Moffat Miller, the CEO of the Council of Chief State School Officers, indicated support for the department’s approach to assessments this year.

“We appreciate that the Department will provide flexibility on how to administer statewide assessments and modify accountability systems as state leaders manage the continuing effects of the global pandemic,” she said. “In addition, we are pleased that the Department has committed to working with states that may need additional flexibilities.”

Andrew Ujifusa is an assistant editor who covers national education policy and politics.

Posted by Angela Valenzuela at 12:59 PM