It’ll Do: Impeachment did not prevail, but Trump still lost. by David Frum of The Atlantic

I imagine lot of folks are angry and disappointed by today's outcome of Trump getting acquitted by the U.S. Senate.  I myself didn't get too angry or disappointed because I, like so many of us, anticipated this exact outcome.

I agree with staff writer David Frum of The Atlantic, however, that "It'll do," because it's truly not over 'til it's over... And it ain't over.

It’ll Do: Impeachment did not prevail, but Trump still lost. 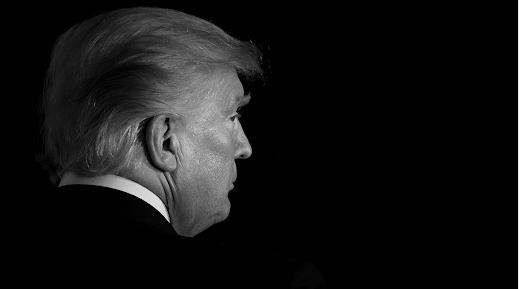 Staff writer at The Atlantic

In 1955, a junior United States senator named John F. Kennedy published Profiles in Courage, a collection of short essays about eight of his predecessors who had risked their careers for their ideals over the previous 150 years.

In one single day in 2021, that many senators showed courage worth enduring historical honor. Seven were Republicans: Richard Burr, Bill Cassidy, Susan Collins, Lisa Murkowski, Mitt Romney, Ben Sasse, and Pat Toomey. The other was Joe Manchin, a Democrat from a state where nearly 69 percent of the voters chose Donald Trump for president in 2020.

Thanks to their integrity, a clear majority of the Senate voted to condemn the former president as an insurrectionist against the United States. The 57–43 margin wasn’t enough to convict under the Constitution. It wasn’t enough to formally disqualify Trump from ever again seeking office in the United States. But practically? It will do as a solemn and eternal public repudiation of Trump’s betrayal of his oath of office.

You say that you are disappointed? That a mere rebuke was not enough? That justice was not done? It wasn’t. But now see the world from the other side, through the eyes of those who defend Trump or even want him to run again. Their hope was to dismiss this impeachment as partisan, as founded on fake evidence, as hypocritical and anti-constitutional—to present this verdict as an act of oppression by one half the country against the other. That hope was banished today.

It’s not half against half. It’s a clear American majority—including a sizable part of the Republican Senate caucus—against a minority. And even many of the senators who voted to acquit went on record to condemn Trump as an outlaw and a seditionist.

The 57 votes against Trump silence any complaint that he was condemned on some partisan basis or by some procedural unfairness. It crushes his truculent lawyers’ claim that the argument against Trump was mere chicanery. The senators who voted to acquit are the ones likely to justify their decision on some strained, narrow, technical ground. The number who truly believed Trump innocent of the charges brought against him is surely smaller than the 43 who voted to acquit. Statements by senators such as Mitch McConnell and Rob Portman show that their votes did not match their thoughts.

Trump’s likely reaction to the trial will make things even more difficult for him if he ever tries for the presidency again. He will now erupt in a vendetta against the senators who voted to convict him, stoking primary challenges against them as he had previously threatened to do, even against senators who ultimately protected him, such as John Thune of South Dakota. The 2022 Senate map is a challenging one for Republicans, and Trump will be acting the part of party-wrecker.

The background fact of this second Trump impeachment trial was how broadly popular it was. In January, a Monmouth survey found that 56 percent of Americans wanted Trump convicted. Quinnipiac reported that 59 percent regard him as responsible for inciting violence against the U.S. government. According to ABC/The Washington Post, 66 percent believe that Trump acted irresponsibly during the post-election period. According to polls, fewer than a quarter believed that Trump did “nothing wrong” on January 6.

Those are not the numbers on which to base a Grover Cleveland–style comeback tour—especially not when the majority of Americans also believe that Donald Trump did a bad job handling the COVID-19 pandemic and that President Joe Biden is doing a good job.

Things will get worse for the 45th president. The 57–43 margin in the Senate flashes a green light to federal and state prosecutors that, if they find evidence of crimes, proceeding with legal action against Trump would be politically safe.

Trump also faces the prospect of civil actions by the families of those who lost their lives in the insurrection that he incited. If and when they sue, their attorneys will surely cite what Senator Mitch McConnell said immediately after the trial vote. The Senate minority leader condemned Trump’s actions as a “disgraceful, disgraceful dereliction of duty” and said he held Trump “practically and morally responsible for provoking the events of the day.” McConnell continued:

The people who stormed this building believed they were acting on the wishes and instruction of their president. And their having that belief was a foreseeable consequence of the growing crescendo of false statements, conspiracy theories, and reckless hyperbole which the defeated president kept shouting into the largest megaphone on planet Earth. The issue is not only the president’s intemperate language on January 6 … It was also the entire manufactured atmosphere of looming catastrophe, the increasingly wild myths about a reverse landslide election that was somehow being stolen by some secret coup by our now-president.

His own damning assessment did not suffice to persuade McConnell to convict Trump of impeachable offenses. That abdication will weigh on McConnell’s conscience and historical reputation.

But McConnell’s words on the record may well suffice in future civil proceedings to impose responsibility on Trump for the harm he did. If your loved ones were injured or killed on January 6, the leader of Trump’s party in the Senate just volunteered his video testimony about who might be held liable for your loss.

Even more significantly, McConnell reminded senators that regular criminal law could deal with common criminals—as the Republican leader suggested Trump to be. Maybe McConnell was just emitting words, only maneuvering. But if federal and state law-enforcement officials are pursuing Trump, today’s events will encourage them, not deter them.

If you looked to the U.S. Senate for a full measure of accountability, you did not receive it, of course. Donald Trump, the twice-impeached president, is also a twice-acquitted president. He lives in a palace on the sea, supported by unconstitutional emoluments from foreign governments, unethical payments from the U.S. Treasury to his businesses, and gullible donations from the suckers he duped. Almost half a million are dead from the plague he promised would go away by itself, even as he received the benefit of miracle treatments available only to the most favored few.

But if justice failed, democratic self-preservation is working. Trump lost the presidency, and that loss held despite all his attacks on the vote and the counting of the vote. His party split against him on this second round of impeachable offenses. He has lost his immunity to civil suit and his impunity against federal indictment. The world is crashing down upon his head.

The impeachment did not prevail. But Trump still lost. And as the power of that loss reverberates, so should the honors to the day’s heroes of day: the brilliant and eloquent House managers, led by Representative Jamie Raskin—and the eight senators who wrote their own profiles in courage.

DAVID FRUM is a staff writer at The Atlantic and the author of Trumpocalypse: Restoring American Democracy (2020). In 2001 and 2002, he was a speechwriter for President George W. Bush.

Posted by Angela Valenzuela at 10:40 PM