I'll celebrate today with New York Times opinion columnist, Charles M. Blow.  The strongest point here is that voters, for the most part, "rebuffed Trumpism itself — and the lie that the 2020 election was stolen." Like Blow, I, too, want to hope for a day when neither Trump nor Trumpism dominates Republican Party politics.

I think the gratuitous cruelty heaped atop equally toxic rhetoric among some republican leaders toward Paul and Nancy Pelosi in the wake of a vicious attack that nearly took his life, caught a lot of folks' attention about a terrible direction we're heading as a country should this get normalized.

In Texas, our task is to not be dismayed and to continue moving forward regardless. 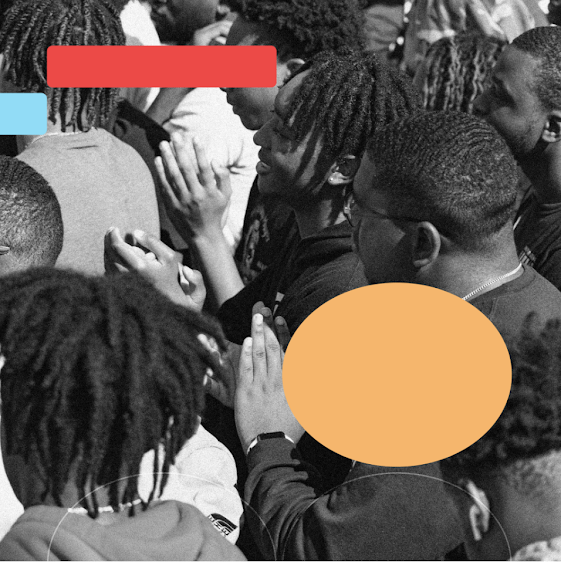 I am overjoyed by the results of the midterm election so far, not just because there was no overwhelming Republican wave, but also because America rejected, generally speaking, the path to its own demise.

The election underscored how meaningless and misleading so much of the prognosticating on competitive races has become. So much of it is just chatter, people guessing, people spinning data into hard facts.

Too many pundits want to be the smart one who sees something in the numbers that others miss. They want to be diviners, but end up being deliverers of misinformation. And their misdirection is infectious. Group-think sets in as pundits begin to absorb and repeat what they’ve heard from other pundits. For the public, the preponderance of sources and repetition of the same tired points lends credence to assumptions that are baseless.

We were led to believe that momentum had shifted decidedly toward Republicans in the last few weeks. It hadn’t. There was no Red Wave. There were no massive gains for Republicans. We are still waiting to see if they will take control of the House, and the Senate may stay in Democratic hands.

We were led to believe that Hispanics were defecting from Democrats in shocking numbers. The truth appears to have been more nuanced. According to exit polls, which we always have to take with a grain of salt, the slippage may have been about 5 percent in some parts of the country, but some candidates (like Beto O’Rourke in Texas) held on to Hispanics at the same rate President Biden did in 2020, or even increased that level of support (like Catherine Cortez Masto in Nevada).

We were led to believe that Black men were also drifting away from the Democrats. That’s not entirely true. Look at Georgia, where the great fear was that Black men wouldn’t vote for Stacey Abrams: A slightly higher percentage voted for her in this election in that state than voted for Biden in 2020, according to exit polls.

We were told that Biden and the Democrats had made a huge mistake by focusing so much attention on abortion and a fragile democracy at the expense of crime and the economy. That, too, was wrong. Abortion was a tremendously animating issue in this election, and voters rebuffed many prominent election deniers in the night’s biggest, most competitive races.

In fact, you could say that voters rebuffed Trumpism itself — and the lie that the 2020 election was stolen. It may be too optimistic to say the fever broke, but Tuesday night, we saw enough people in enough states shake it off, allowing us to imagine a day when Trump no longer dominates the Republican Party.

That day may come soon. Ron DeSantis rode his horrendous “anti-woke” campaign to a solid victory in Florida, and, sensing Trump’s weakness, will most likely be emboldened in his efforts to challenge him in 2024. To be clear, DeSantis is no improvement from Trump. In many ways, he could be worse. But I also doubt that he can scale the theatrical intolerance he is practicing in Florida up into a national campaign capable of beating the Democrats.

DeSantis is still fighting a battle against the 2020 summer of protests. That will feel incredibly stale and out of touch by 2024. His fame is rooted in bullying schoolteachers, students and librarians. And although I never underestimate the cynicism of many voters, Trump has a sinister charisma that De‌‌Santis lacks. The camera hates DeSantis. I don’t believe he can exert the galvanizing effect that Trump could.

And finally, as a person who strongly believes that Black people have a real chance to consolidate political power in Southern states and dramatically alter the political landscape, it was incredibly encouraging to see so many Black candidates come so close to victory (like Cheri Beasley in North Carolina) or even win (like Wes Moore in Maryland).

The Black people in these states are feeling their power, and they are applying pressure at the polls. Do I believe Beasley — and other Black Democrats like Stacey Abrams — should have won this time? Yes. But am I also encouraged by what their narrow losses portend for the future? Absolutely.

Black people keep moving from cities in the North and West back to the South. Eventually, in spite of voter suppression efforts, the hurdle will be cleared. There will be more candidates like Wes Moore, the first Black governor of his state in the South, and that is where the truly transformative change will begin.

Charles M. Blow joined The Times in 1994 and became an Opinion columnist in 2008. He is also a television commentator and writes often about politics, social justice and vulnerable communities. @CharlesMBlow • Facebook

Posted by Angela Valenzuela at 3:15 PM