Latinos are more likely to believe in the American dream, but most say it is hard to achieve.

I like this piece by researchers at Pew because it separates out desire from the practical aspects of mobility for most Latinos. "Latinos say achieving the American dream isn’t easy. Only about half (51%) said they had achieved it so far, and about three-quarters (74%) said achieving the dream today is hard for people like them."

So when politicians and pundits say that Latinos aren't sufficiently aspirational, nothing can be further from the truth. The issue is less about the ideal of the American dream and more about the barriers they face in achieving it. Here is, of course, where equitable health, education, and housing policies can make a difference in helping families fulfill their own aspirations.

Latinos are more likely to believe in the American dream, but most say it is hard to achieve. 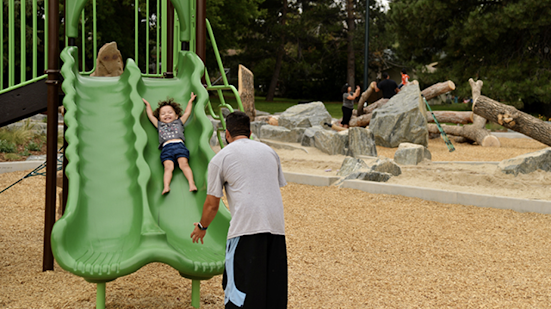 Hispanics are significantly more likely than the general U.S. public to believe in core parts of the American dream – that hard work will pay off and that each successive generation is better off than the one before it. Yet many Hispanics see the American dream as hard to reach, and belief in it declines as immigrant roots grow distant, according to newly released results from a Pew Research Center 2016 survey of Hispanic adults. 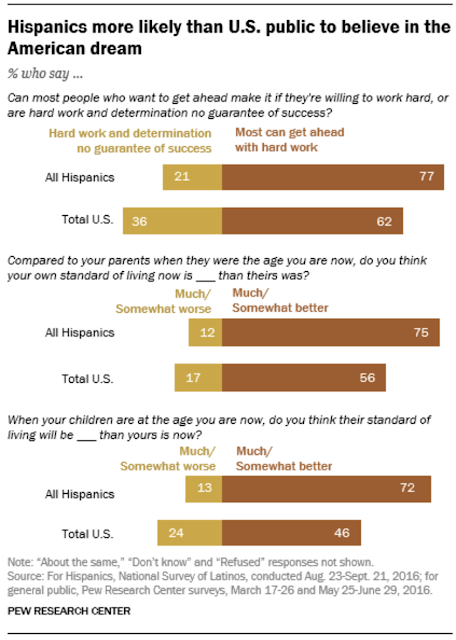 Even so, Latinos say achieving the American dream isn’t easy. Only about half (51%) said they had achieved it so far, and about three-quarters (74%) said achieving the dream today is hard for people like them.

While there is no official definition of the American dream, public opinion surveys of U.S. adults in recent years show it involves hard work, financial security, career success and confidence that each new generation will be better off than the one before it. Americans also see life milestones as a part of attaining the dream: graduating from college, owning a home, raising a family and giving your kids a life that’s better than your own. 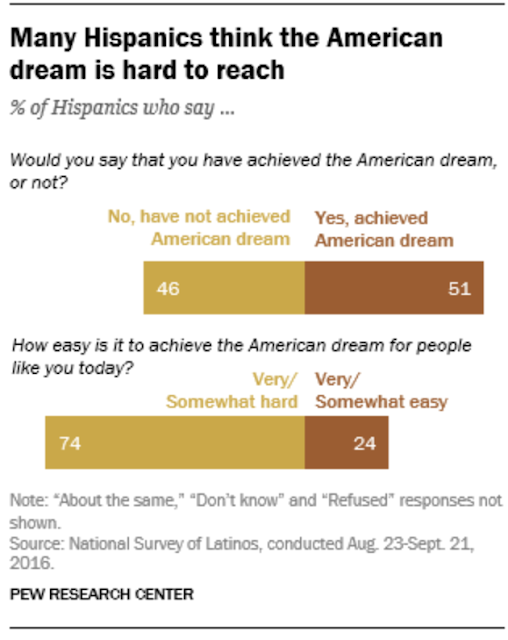 The life goals of Latinos overlap with some of these ingredients of the American dream. The two goals rated most highly by Latinos were being a good parent (51%) and having the resources to provide for their family (49%). Owning a home – often seen as a key part of the American dream – was cited by 33% of Hispanics as an extremely important life goal for them. Other top goals for Hispanics included having a successful marriage (30%) and being successful in a high-paying career or profession (22%). 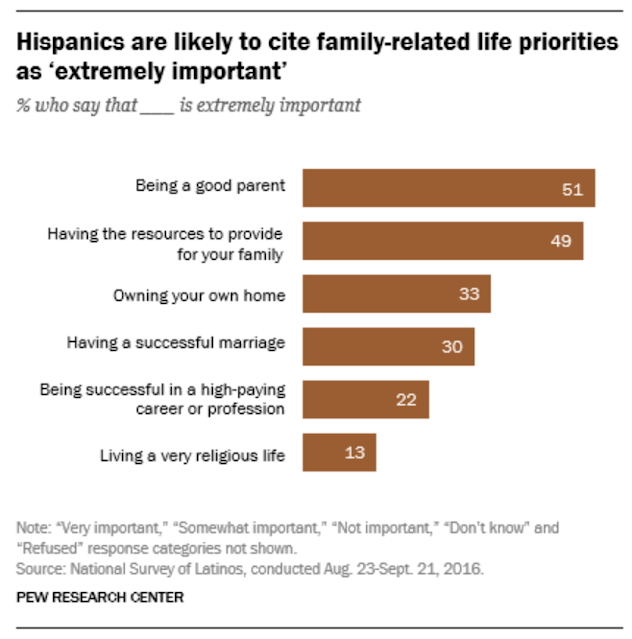 Among those who say they have achieved the American dream, about equal shares of Hispanics attributed their achievement to home ownership or financial stability (26%), their work or career (25%) and hard work (24%). Another 22% cited coming to or living in the U.S. as the reason for their success. Immigrant Hispanics often mentioned this last reason: About one-third who believed they achieved the dream said they did so by coming to the U.S. (Responses were to an open-ended question.)

The survey also asked those who have not achieved the American dream how they might one day do so: 31% cited homeownership or financial stability, 25% said work or their career and 14% said education.

The U.S. born account for about two-thirds of Latinos and for most of the growth in the Latino population today. Among these adults, belief in some aspects of the American dream fades as their immigrant roots grow distant.

Eight-in-ten immigrant Latinos said in 2016 that their own standard of living is better than that of their parents, and just as many expected their children will be better off. Among second-generation Hispanics (the U.S.-born children of immigrant parents), these shares were 75% and 71%, respectively – slightly below the shares of immigrant Latinos. But for third or higher generation Latinos (U.S.-born Latinos with U.S.-born parents), just two-thirds (66%) said they will be better off than their parents and 60% said they expect their kids to be better off. 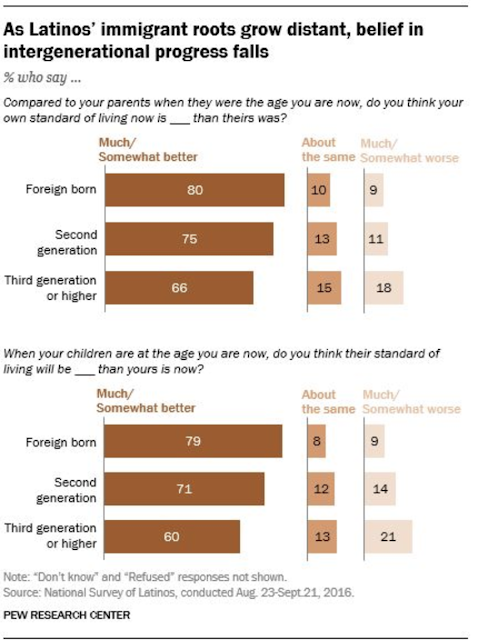