Considering that academic freedom is under attack in our nation's universities right now, cheers to the plaintiffs represented by Foundation for Individual Rights and Expression (FIRE) in this victory against Gov. Ron De Santis' "Stop WOKE Act."

Without academic freedom, we are not free. Plain and simple. 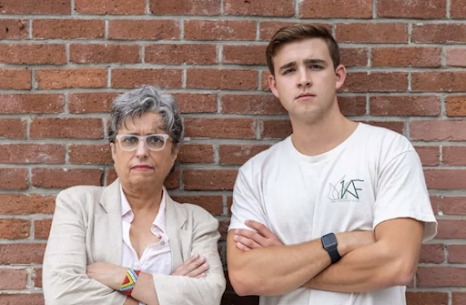 Today a federal court halted enforcement of key parts of Florida’s “Stop WOKE Act” in the state’s public universities, declaring that the law violates the First Amendment rights of students and faculty.

The court ruled that the “positively dystopian” act “officially bans professors from expressing disfavored viewpoints in university classrooms while permitting unfettered expression of the opposite viewpoints.” The court invoked George Orwell to drive home that if “liberty means anything at all it means the right to tell people what they do not want to hear.”

In September, the Foundation for Individual Rights and Expression filed a lawsuit challenging Florida’s Stop WOKE Act. FIRE’s lawsuit, on behalf of a professor, student, and a student group, argued that the higher education provisions of the act unconstitutionally chill free expression and mandate faculty censorship on the state’s college campuses.

“It is a happy day not only for Sam and me, but for the institutions of this country,” said FIRE plaintiff Adriana Novoa, a University of South Florida history professor of 17 years. “I hope that the courts will defend the existence of a public education that cannot be manipulated by politicians to push any ideology, now and in the future.”

In the wake of the Stop WOKE Act — which restricts instruction on eight concepts related to “race, color, national origin, or sex” in college classrooms — colleges warned faculty that the law prohibits endorsing “any opinion unless you are endorsing an opinion issued by the Department of Education,” limits offering a “critique of colorblindness,” and requires faculty to censor guest lecturers.

The law is not only unpopular — it’s also unconstitutional, as today’s ruling makes clear. “[T]he First Amendment does not permit the State of Florida to muzzle its university professors, impose its own orthodoxy of viewpoints, and cast us all into the dark.”

To defend its position, Florida argued that faculty members speak on behalf of the government, which can “prohibit the expression of certain viewpoints.” The state also agreed that its theory meant that if Florida’s government changed hands, it “could prohibit . . . instruction on American exceptionalism because it alienates people of color and minorities because it suggests . . . that American doesn’t have a darker side that needs to be qualified.” As FIRE pointed out, that argument is at odds with every federal appellate court to have considered the question.

“Faculty members are hired to offer opinions from their academic expertise — not toe the party line,” said FIRE attorney Adam Steinbaugh. “Florida’s argument that faculty members have no First Amendment rights would have imperiled faculty members across the political spectrum.”

Judge Walker rejected the state’s arguments that faculty speak for the state — that is, that “so long as professors work for the State, they must all read from the same music.” The court made clear: “The First Amendment protects university professors’ in-class speech.”

Novoa is joined in the lawsuit by student-plaintiff Sam Rechek, head of USF’s First Amendment Forum. Its members cannot engage in a full and frank discussion of contested matters — race and its role in both history and modern society are among the most fraught issues in the United States — if they fear that a professor’s response to their questions may be reported to administrators or government officials for formal action.

“I’m excited to hear that the Stop WOKE Act has been put on hold,” said Rechek. “While there is still more work to be done, every vindication of free speech and academic freedom is worth celebrating. That said, I hope that future proceedings will produce similar victories for speech. The Stop WOKE Act doesn’t just need to be enjoined. It needs to be struck down.”

In contrast to other lawsuits challenging the act filed by the NAACP Legal Defense and Educational Fund and the American Civil Liberties Union, FIRE’s suit is limited to higher education and does not take a position on the truth of the prohibited concepts of race and sex. Rather, FIRE takes the viewpoint-neutral approach that faculty retain the right to give an opinion — whether that opinion supports or opposes the prohibited concepts in the Stop WOKE Act.

“College campuses are spaces for debate, not dogma,” said FIRE attorney Greg H. Greubel. “Americans recognize that the government cannot be an all-powerful force permitted to control every word uttered by a professor in the classroom. Today’s ruling is an important first step in ensuring that professors’ First Amendment rights are respected by the state of Florida.”

The plaintiffs in FIRE's case are represented by Greg Greubel, JT Morris, and Adam Steinbaugh of FIRE, and Gary Edinger of Benjamin, Aaronson, Edinger & Patanzo is serving as local counsel.

The Foundation for Individual Rights and Expression (FIRE) is a nonpartisan, nonprofit organization dedicated to defending and sustaining the individual rights of all Americans to free speech and free thought — the most essential qualities of liberty. FIRE recognizes that colleges and universities play a vital role in preserving free thought within a free society. To this end, we place a special emphasis on defending the individual rights of students and faculty members on our nation’s campuses, including freedom of speech, freedom of association, due process, legal equality, religious liberty, and sanctity of conscience.

Posted by Angela Valenzuela at 12:07 PM