Azteca/Mexica Calendar Correlations: the Good, the Bad, and the Completely Useless

Amazing blog. This article that compares the pre-Colombian to the Gregorian calendar is fascinating. I hadn't quite thought about calendars in a good while.  And there is a lot here to ponder. It makes one realize in a fresh way how humans are social animals and meaning-makers that make use of symbolic systems of knowledge in order to create beauty, order, and make life more predictable and manageable.

There are many Aztec/Mexica calendar correlations out there and it can be very intimidating to try to figure out which correlation is the most accurate.  This entry will help sort out the different calendar correlations in a simplified way.  Please note that this is by no means an exhaustive list of all of the calendar correlations available but rather the most widely used by scholars and cultural practitioners.  Hopefully, by understanding how the Azteca/Mexica calendar works and correlates to Earth’s position around the sun, you will be able to critique other calendar correlations that you come upon.
Only recently has there been a good calendar correlation that actually aligns to the calendar that was maintained in Tenochtitlan at the time of the arrival of the Spaniards.  The fact that it has taken so long for us to have an accurate calendar correlation available to us is interesting considering that we have a wide range of primary sources that reference the calendar.  The problem we have when it comes to primary sources is the Spanish and Native chroniclers who wrote about the calendar pretty much all disagreed with each other.  This point illustrates how bad the problem is: in 1967, Alfonso Caso undertook the most exhaustive study on the Nahua calendar surveying 42 sources ranging from the 16th to the 20th century. Caso documented the starting months of the year in these sources and according to his analysis, 14 cited Tlacaxipehualiztli, 14 cited Atlcahualo, 7 cited Izcalli, 3 cited Tititl, 2 cited Atemoztli, 1 cited Panquetzalli, and 1 cited Toxcatl.  It doesn’t end there and it is a similar situation when one wants to find out about the first day of the year and intercalary corrections.  At one point in the Florentine Codex, two Spanish chroniclers actually have a heated argument about whether or not the Native Mexican calendars incorporated a leap year.  The situation can be explained with this quote from Zelia Nuttal: 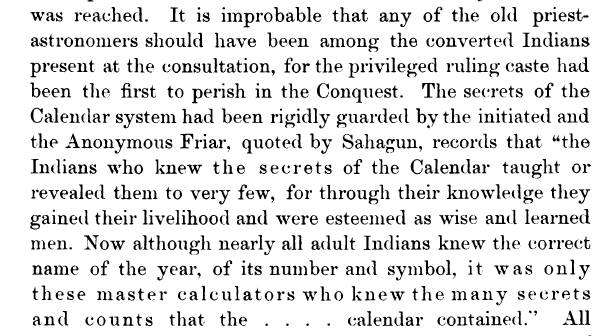 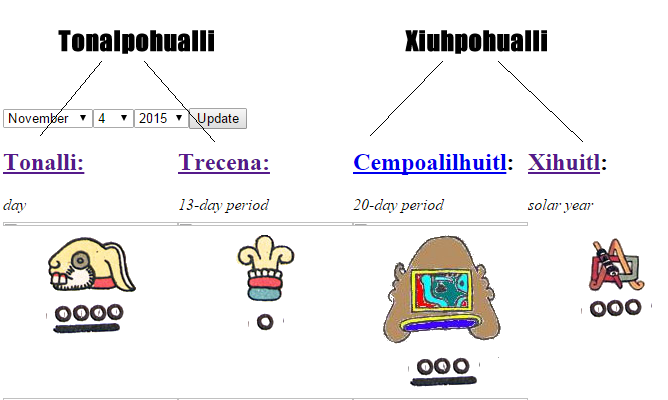 As you can see, the Ruben Ochoa calendar correlation is the only one available that incorporates all of the components required of a solar calendar to guarantee it remains accurate.  His correlation successfully builds off of the work of his predecessors to generate both an accurate xiuhpohualli count and an accurate tonalpohualli.
The Secondary Correction (read if you want to know more about how the astronomical markers work as the secondary correction for the Xiuhpohualli)
In addition to over-reliance on contradictory primary sources, many people in the past have tried to correlate the Azteca/Mexica calendar with the Gregorian calendar. The problem with this approach is that it makes us dependent on the Gregorian calendar and it throws off the Azteca/Mexica calendar. This is because the Gregorian calendar does not utilize astronomical observations such as equinoxes and solstices to anchor itself to the correct position of the sun. It utilizes the leap year and a mathematical secondary correction that are independent of any astronomical event.  Tena’s correlation for example starts on February 26th and Meza’s correlation starts on March 11th but those two dates do not correlate to any observable astronomical phenomena which forces the use of the Gregorian calendar as a reference point because it is not possible to know it is the first day of the new year without first knowing the Gregorian date.  The Azteca/Mexica calendar on the other hand utilizes both the astronomical observations of the spring equinox and winter solstice as anchor points guaranteeing that the calendar never strays from the correct position of the sun.


Here in this graphic from the Codex Borgia, we can see clearly the two spring equinox and winter solstice anchor points. We can also see that each graphic contains correlation days for the year 1-Acatl. The day 1-Cipactli corresponds to exactly one day after the observable spring equinox in Mexico. The day 4-Ollin corresponds to exactly one day after the observable winter solstice in Mexico. Astronomical markers all across Mexico track the spring equinox and winter solstice and were used to keep the calendar aligned with the sun. Anthony Aveni has identified at least two sighting devices from the Bodley and Selden that the ancients used to make these precise observations. None of the most widely used calendar correlations (Arturo Meza, Alfonso Caso, and Rafael Tena) align with these two crucial correlation pages. The Ruben Ochoa calendar correlation is the only one that aligns with these crucial correlation pages and is also the only one that utilizes the same astronomical practices as the Azteca/Mexica to keep the calendar aligned with the path of the sun without relying on the Gregorian calendar at all. 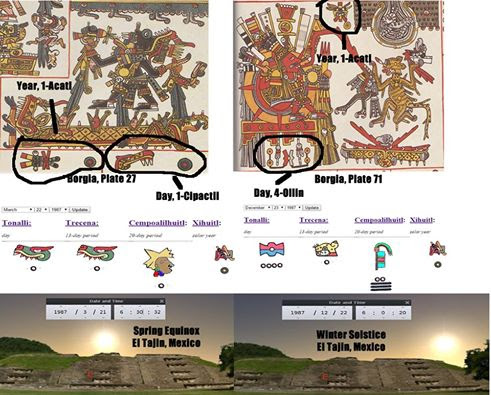 *Post script*
After I published this article, somebody argued that all of the above calendar correlations can be correct and there is not only one that is correct.  I thought it was important to point out this article is referring to the calendar that was used in Mexico-Tenochtitlan at the time of the conquest.  Arguing that there are many correct calendar correlations in this context is equivalent to me saying today is January 19th and somebody else saying today is June 19th and us both being correct.  Of course this is ridiculous.  If we both claim to be using the Gregorian calendar, only one of us can be correct.  This is the same situation that we find ourselves in with all of the different correlations that are available to us.  Here is an image I made that illustrates the accuracy of each calendar correlation mentioned in this article: 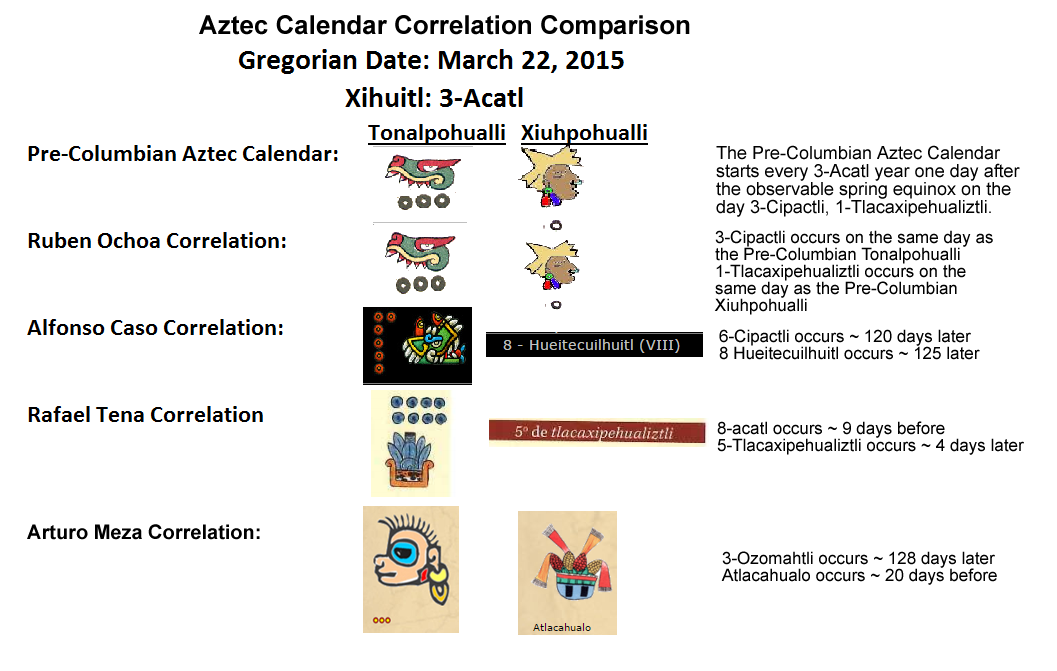 Posted by Angela Valenzuela at 9:13 AM