There’s a nativist streak in the American psyche that emerges periodically to unravel the constitutional gains of American society, moving the nation more to the right—in a sort of dance macabre of the American national zeitgeist; in other words: something akin to an American Nazi Party (with the word “Nazi” being short for “National”). What has kept this Nazi zeitgeist at bay has been the vigilance of Americans working to create “a more perfect union,” committed to the preservation and process of democracy as articulated in the American Constitution.  What is little cogitated is that democracy is a process not a product. 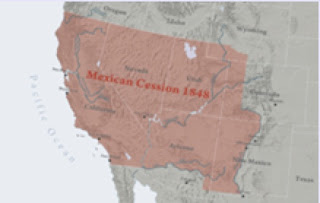 That process has long held at bay inclusion of the real story of the American people, including those of color, starting with the story of Native Americans, then African Americans, and Mexican Americans. Other non-color groups have been given short shrift in the American Story as well. The real story of who we are as a nation has yet to be told, perhaps because it’s still an unfolding story. There’s little doubt that the American story today is not the same story as told by the French American writer J. Hector St. John de Crèvecœur in his 3rd Letter fro an American Farmer first published in 1782: he wrote, “they are a mixture of English, Scotch, Irish, French, Dutch, Germans, and Swedes. From this promiscuous breed, that race now called Americans have arisen.” He did not include Native Americans nor African Americans.
Censorship of the Mexican American story in American annals began long before 1848 when the United States dismembered Mexico as a booty of war (1846-1848), and per the Treaty of Guadalupe Hidalgo of February 2, 1848 annexed more than half of Mexico in what is known as The Mexican Cession—a land mass more than the size of Spain, France and Italy combined (529,000 sq. miles) the third                                 The Mexican Cession          largest acquisition of territory in US history now constituting the states of Texas, New Mexico, Arizona, California, Nevada, Utah, Colorado, and pars of Wyoming, Kansas, and Oklahoma. That land-grab fulfilled the American dream of a nation from sea to shining sea. The flies in the ointment were the Mexicans—viewed as that vermin spawned by the Spaniards and the mongrel horde of Indian women—Mestizos as they came to be called but identified in the 20th century as La Raza Cosmica (the Cosmic People) by Jose Vasconcelos, the Mexican educator.
Arizona tried muzzling Mexican American Studies but the state’s foundation for that action was declared unconstitutional by a Federal Judge in Arizona on August 23, 2017 because Arizona’s ban of Mexican American Studies violated the First and Fourteenth Amendments to the American Constitution.  The judge concluded that racism was the animus propelling the Arizona ban of Mexican American Studies.
In Texas, Governor Rick Perry railed that if things continued as they were Texas would have no other option than to secede from the Union—just like it did when it decided to join the Confederacy during the Civil War.

Secession is a mighty big gamble. It didn’t work the first time for segregationists and it won’t work this time for racists. In Texas, the Textbook Massacre is actuated by the mentality found in Arizona—“we know what belongs in the textbooks our kids read,” say white Texans.  Never mind that the majority of kids in Texas schools are Latinos and that their history ought to be represented in those textbooks—but isn’t. What are we to do when the governor of Texas thumbs his nose at public opinion and retorts that Texans know better? Where does that leave Tejanos? And when the governor threatens to secede from the Union if he doesn’t get his way, does he really think that Tejanos (Texas Latinos) will follow him like lemmings into that abyss of raging hyperbole? Na, na, na, na, na!
Ortego, Texas Textbook Massacre

This insanity has been going on for more than 20 years. Thirteen years ago in 2005 I made a presentation to the Texas State Board of Education (same Board, different folks) on “History and its Lacunae,” cautioning the Board not to go down the road it has finally wrong-headedly gone down. I explained how appalled I was by “the historical record in the American history textbooks which I have reviewed for this presentation and which are being considered for state adoption and use in Texas public schools, for nowhere in these texts is the story of American Hispanics fully told, particularly the story of Mexican Americans.” The Board did not listen then but has relented now except on the title for the Mexican American Study course. In real hegemonic fashion the Board deigns to know what is best for its subjects.
The Mexican American Study course is not about States’ Rights in regulating education per the 10th Amendment, it’s about the First Amendment: Censorship and Intellectual Freedom. White Texan Supremacists are trying to white-out (perhaps the better word is “whitewash”) anything that’s not white in the textbooks used in the Texas public schools. This sure smacks of censorship, especially in voiding the presence of Cesar Chavez in the social studies textbooks. Thurgood Marshall was also on the chopping block.
Juan Tejeda has it right:
Mexican American Studies and the historic vote and controversial decision to change the name of the MAS course by the Texas State Board of Education in CBS Austin below. The TXSBOE will be taking their final vote on this issue today in Austin. We are not hyphenated Americans. We are Native Americans. Mexican American Studies is an established Field of Study in Texas as authorized by the Texas Higher Education Coordinating Board. Call it what it is: a Mexican American History course for high school students in Texas. This is an elective course. Students don't have to take it if they don't want to. Tanto political pedo just to approve one elective course in Mexican American Studies in the state's history. #ApproveMAS
The insanity of purported conservative content replacing time-tested content traditional in social studies textbooks belies not only logic but the factual. The situation over textbooks in Texas is nothing more than “moral casuistry” based on evisceration of what has emerged as the Chicano Canon viewed as antithetical to the orthodox canon of American hegemony.

ur concepts of race do not emerge from antiquity. They spring from the Age of Enlightenment in Europe. Notions of race, predicated on a matrix of ancestry, ethnicity, religion, and cultural practices, reveal how deep-seated racial prejudice is. The Jefferson ideal of equality falls short in American discussions of race. Despite the ideal, Jefferson himself believed that the differences between the races were “fixed in nature” and therefore the equality set out in the Declaration of Independence did not apply to all.
At the core of American racial studies one finds the American School of Anthropology and its theory of polygeny—that a hierarchy of human races had separate creations. Like the Nazi school of human differences, the American anthropologist Samuel Morton developed a scheme of racial differences based on cranial capacity to prove his theory that “Caucasian and Mongolian races had the highest cranial capacity and therefore the highest levels of intelligence, while Africans had the lowest cranial capacity and thus the lower levels of intelligence” (Ibid.).
What are we to do when the governor of Texas like the governor of Arizona thumbs his/her nose at public opinion and retorts that the citizens of their states know what’s good for their states? Where does that leave Latinos? And when the governor of Texas threatens to secede from the Union if he doesn’t get his way, does he really think that Tejanos (Texas Latinos) will follow him like lemmings into that worm hole of raging hyperbole?
What conclusion can be drawn from the xenophobic ethnic cleansing spreading across Arizona and Texas? The conclusion is that xenophobic whites in those states are out to get rid of “Mexicans”—whether they’re citizens or not? That may sound like a harsh judgment, but “Mexicans” are left with little room to maneuver in this ethnic cleansing. White Arizonans and Texans see the world through the prism of whiteness, a prism that wants to white-out all traces of their historically Mexican past and present.
Like Arizona, the history of white Texas is studded with anti-Mexican sentiments. Not surprisingly, Arizona statehood was delayed until 1912 by Republican Senator Albert Beveridge of Indiana until the territory of Arizona had a white population that outnumbered the “Mexican” population there. But the insistence on a Mexican American Study course is to keep national mnemonic seepage at bay—that is, historic amnesia.
Oscar Martinez, the historian, explains:
The creation of the U.S. –Mexico border in the mid-nineteenth century separated those Mexicans who lived north of the Rio Grande from the motherland, converting them into an ethnic minority in the United States. . . For Border Chicanos, the psychological consequences of continued separation from the U.S. mainstream and of mixed emotion toward Mexico will remain deep and acute.
--Martinez,“Border Chicanos” from Troublesome Border, University of Arizona Press, 1988.
This is why Mexican American Studies.