Too Dangerous to be Called Mexican-American Studies by Greg Pulte

Happy to post Greg Pulte's op-ed appearing in today's Texas Tribune. I cannot help but wonder what some Anglos, including those on the Texas State Board of Education, are fearful of.  Empowered Mexicans maybe?  Mexicans with a voice and a vote?  Whatever the reason, history will record that the SBOE acted in bad faith as Greg Pulte's synopsis lays bare, magnifying their affront to our dignity as Mexican American Studies scholars, long-invested in a field that is legitimate, robust, and relevant.

Many thanks to the Texas Tribune for publishing this given the importance of this struggle to us as MAS scholars, but also to us a state given our large and growing demographic in K-12 public education statewide.


Too Dangerous to be Called Mexican-American Studies 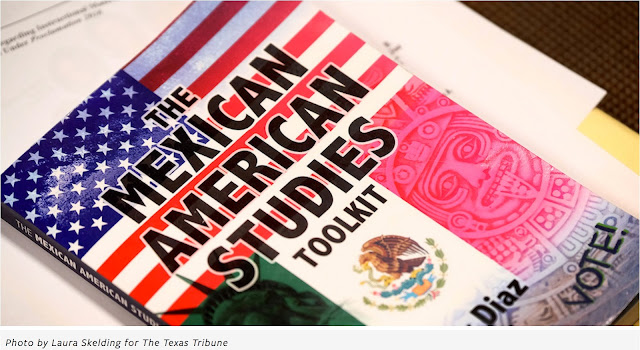 At this month’s meeting of the Texas State Board of Education (SBOE), a vote to establish education standards for Mexican-American Studies (MAS) courses in public schools should have been an easy undertaking. For the past several years, a coalition of educators and advocates for MAS have asked the SBOE to create academic standards for those courses.
At the meeting, the SBOE voted in favor of establishing standards for MAS courses, but with a catch. Without warning, explanation, public input or deliberation, the SBOE voted to title the course “Ethnic Studies: An Overview of Americans of Mexican Descent.” If that title is not a mouthful of backwater, I do not know what is.
Nine Republicans and one Democrat, Georgina Perez, voted for a last-second amendment to change the course title. SBOE members appeared to have come to the meeting with this amendment already decided as there was no discussion and no hesitation about it or its implications. When questioned by member Marissa Perez-Diaz, member David Bradley, who introduced the amendment, said he did not subscribe to “hyphenated-Americanism.” Member Pat Hardy waxed poetic about the appropriateness of calling oneself Italian-American before voting in favor of the name change.
They fail to understand that many non-Anglo ethnic groups never asked to be described as hyphenated-Americans. Those labels were imposed upon them. These hyphenated identities were no more chosen by these ethnic groups than was the white-washing course title adopted by the SBOE.
Referring to “Americans of Mexican descent” implies that Mexican-American history is dead, and to be relegated to the past. For SBOE members to assume a twisted notion of inclusivity by rejecting a hyphenated label because they do not approve of that ethnic group’s identity or the liberation that label represents is high-handed and deeply hurtful.
One must ask if this name change transfers to other ethnic groups or is it just Mexican-Americans who cannot be called Mexican-Americans? Would it be acceptable for the SBOE to prescribe a course title “Ethnic Studies: An Overview of Americans of African Descent?”
The SBOE would never, and politically could never, arbitrarily change the way African-Americans or other groups self-identify, and it is unacceptable for the board to impose this name change upon Mexican-Americans.
To refer to Mexican-Americans as Americans of Mexican descent is reductive and dismissive. The board’s vote renamed an entire ethnic group and a long-standing academic field of study in a way designed to reject Mexican-American identity. The name change arrogantly negates history and culture, essentially saying, “get over yourselves and forget about your Mexican-American heritage; you are not entitled to call yourself what you choose to call yourself or to identify in the way you choose to identify, the Texas SBOE will make that decision for you.”
At the conclusion of the vote, the mood among MAS advocates was not one of victory that standards had been approved. It was somber. We recognized that our work is not yet done.
One would think that when a determined coalition of Mexican-American Studies educators and advocates struggles for five years to persuade the SBOE to provide standards, that the board would act with integrity rather than blindsiding those dedicated citizens with a disrespectful and colonizing name change. The SBOE’s offensive course renaming was disorienting to the point that it left some wondering if this was a victory. One thing is certain, the struggle will continue.

The University of Texas has been a financial supporter of The Texas Tribune, a nonprofit, nonpartisan news organization that is funded in part by donations from members, foundations and corporate sponsors. Financial supporters play no role in the Tribune's journalism. Find a complete list of them here. 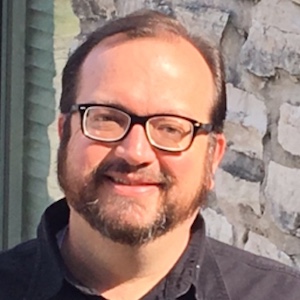 Posted by Angela Valenzuela at 12:02 PM