Racist Arizona Supreme Court is relentless. My heart goes out to our community there. 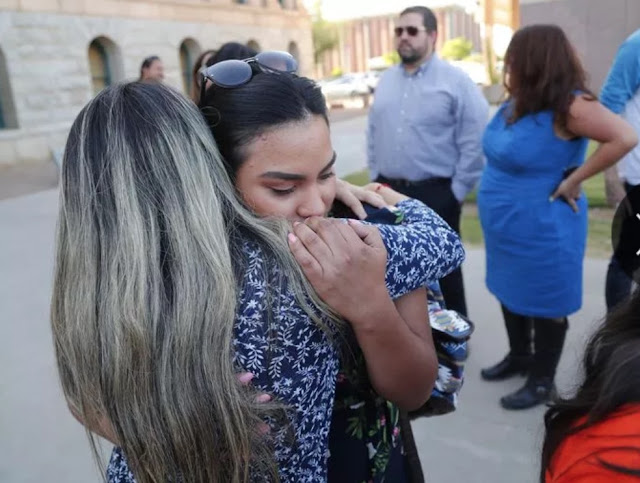 Arizona colleges can't give in-state tuition to young immigrants covered under the Deferred Action for Childhood Arrivals program, the Arizona Supreme Court ruled Monday.
The court issued a brief decision order saying justices unanimously agreed with the Arizona Court of Appeals' ruling that said existing federal and state laws don't allow the Maricopa Community Colleges to grant in-state tuition rates for DACA recipients.
A full opinion further explaining the court's ruling will be released by May 14, the order states.
The court released the order Monday to allow Maricopa Community Colleges students and the state to have as much time as possible to plan for those affected by the ruling.
“It’s about time someone held (colleges) accountable, and that’s my job ... to make sure you’re following the law.”
Mark Brnovich, Arizona attorney general
More than 2,000 DACA recipients, commonly referred to as "dreamers," currently attend community college or a state university in Arizona and pay in-state rates. The ruling will make DACA recipients pay much more to attend these schools, as out-of-state rates are about triple the cost of in-state tuition.
For example, in-state students at Arizona State University will pay $9,834 for tuition next school year, while non-resident students pay $27,618. Residents pay $86 per credit hour at the Maricopa Community Colleges, compared with $241 for non-residents.
But DACA recipients may not have to pay the full non-resident rate. The Arizona Board of Regents approved a lower tuition rate in 2015 meant for non-residents who are Arizona high school graduates.
The rate is 150 percent of in-state tuition, which amounts to $14,751 next school year
Posted by Angela Valenzuela at 7:43 PM