Is the American dream a mirage for today's youth? By Kate Rogers, Executive Vice President of The Holdsworth Center

As well conveyed by Kate Rogers below, education is a key determinant in a knowledge-based economy for personal and familial well-being.  The legislative session is approaching.  We as communities need to re-double our efforts to, among other things, fund our schools adequately or yes, we will face, as this piece maintains, "widespread repercussions for poverty, social exclusion and sustainability of social security systems.”

Here is another good, recent Dallas Morning News piece on the crisis of school funding in education: How are Texas school reforms crucial to everyone? A Look at the Numbers by Mitchell Schnurman and Laurie Joseph.  They quote Chandra Villanueva, Center for Public Policy Priorities program director, who expresses the following:

"We're hitting a tipping point where people are upset about property taxes and learning
how that works. Their schools don't beneﬁt when those taxes go up, and frustration is
coming to a head. It's about priorities. We need to prioritize education over tax cuts."

As we move toward our legislative session, here are Texas-based hashtags and Twitter handles with which I am familiar of organizations that are either informed about, or are actively addressing, both the anti-voucher (anti-privatization) agenda and the school finance crisis we face:

By all means, in the comment section below, feel free to suggest other Twitter identities or hashtags that you deem essential.  The 86th Session of the Texas Legislative Session starts in January, 2019 and folks are meeting right now during the interim to develop plans in the area of school finance and numerous other areas.

Is the American dream a mirage for today's youth? 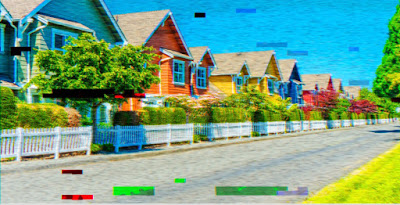 Over the past half-century, children’s prospects of earning more than their parents have fallen from 90 percent to 50 percent, according to the Equality of Opportunity Project. In his book “Dream Hoarders,” Dr. Richard Reeves cites extensive research showing that the top 20 percent of income earners have pulled further away from the bottom 80 percent on multiple fronts, from educational attainment to health and longevity.
What implications does this widening inequity have on American society, prosperity and economic growth?
That’s the basis for ElevatEd: Education & the Economy, a daylong conference hosted by The Holdsworth Centeron June 4 at Southern Methodist University. A powerful lineup of panelists and speakers — including some of the country’s leading experts on income inequality, education and economic development — will tackle the conundrum of how we finally close the opportunity gap in Texas and the nation.
The lineup features Reeves, “Our Kids” author Dr. Robert Putnam, Andreas Schleicher, education director at the OECD and creator of the PISA exam; Dr. Ruth Simmons, president of Prairie View A&M University and former president of Brown University from 2001-2012; President Robert Kaplan, CEO of the Federal Reserve Bank of Dallas and more.
“Education is a leading determinant of economic growth, employment, and earnings in modern knowledge-based economies,” according to a 2015 study in the journal Education Economics. Author Ludger Woessmann offers this word of advice:  “Ignoring the economic dimension of education would endanger the prosperity of future generations, with widespread repercussions for poverty, social exclusion and sustainability of social security systems.”
When compared to other countries whose economies have boomed in recent years such as Canada, Finland and Singapore, a pattern of major investment in and focus upon high-quality education emerges.
While America’s path to success isn’t likely to mimic another nation’s, there are insights to be gleaned.
In Singapore, for instance, educators are viewed as nation-builders responsible for developing the tiny island nation’s greatest natural resource — human capital. They are well-trained, well-compensated and enjoy widespread respect for the important work they do.
In Ontario, Canada, leaders substantially closed achievement gaps within a decade by applying a laser focus on teacher and leader development and by aggressively identifying and scaling best practices.
Our mission at The Holdsworth Center, a leadership institute founded by H-E-B Chairman and CEO Charles Butt, is to partner with public school districts in Texas to cultivate a pipeline of effective leaders so that students in every classroom and campus in Texas thrive under inspired and dynamic leadership.
But there is only so much that private investment can do to impact the sprawling system in Texas, which educates 10 percent of the nation’s children.
While the Texas economy has enjoyed steady economic growth in recent years, that success could mask troubling signs of growing inequality.
When we look back on this moment 20 years from now, what will we say about the choices we made for our education system? Did they lead us to a place of greater health, wealth and prosperity or to fading prominence and greater struggle?
Interested in hearing more? Join the conversation at ElevatEd: Education & the Economy on June 4, 2018 at Southern Methodist University. Program will include time to ask questions of speakers and network with other leaders in business, education and non-profit sectors
Posted by Angela Valenzuela at 1:05 PM