Hispanic under-representation is not only severe, but declining at the University of Texas at Austin.  As an Hispanic female professor at UT, I am "statistically insignificant," as one university researcher expressed a few years back when asked why Latinas were not included in a gender equity report.

That statement reveals something powerful about equity (or lack thereof)—or at least it should—even if in practice, it has not.

Some of us Latina/Hispanic female and male professors are also getting older and it's healthy and advisable to have a bench of faculty behind us to assume research, teaching, and leadership positions for when we retire, move, or pass on.  This phenomenon of Hispanic inequity in higher education, in part a casualty of the white-black binary, is so understudied on our campuses throughout the country that it goes unnoticed, perpetuating the inequities.

Even in so-called "Hispanic Serving Institutions," I am learning, there is a crisis in Latina/o faculty equity in ways similar to those outlined in the Independent Equity Committee Report (also see an earlier opinion piece by the editors of the Austin American Statesman, in this regard).

Do read this October 30, 2019 column Inside Higher Education authored by Colleen Flaherty titled "Equity for Hispanic Professors: UT Austin faculty group wants the institution to fix what it says is a system that marginalizes Hispanics."

This grievance is not at all about identity politics. It's about fairness and doing what's right. Most importantly, the exploitation and under-representation of Hispanics in higher education has serious implications for the undergraduate and graduate student experience, alongside research, policy, and theory development pertinent to the Latino community writ large. Scientific research will simply will not get done if the very group that frequently does this work is systematically excluded, under-paid, and marginalized.

And based on all the awesomeness around us that abounds, there's plenty of reason to "like it!"  We add enormous value to our institutions.  As Elizabeth Barrett Browning once said, "Let me count the ways..."

I can say in all confidence and truthfulness that our struggles are for the betterment of the whole.  Depending on how affirmatively the university responds, UT will be better for this, as well.  Much better.

Now, it's time to act. An opinion piece published this week authored by Dr. Daniel Acosta in the Austin American-Statesman offers good suggestions on how to move forward.  This would, of course, only be a start. 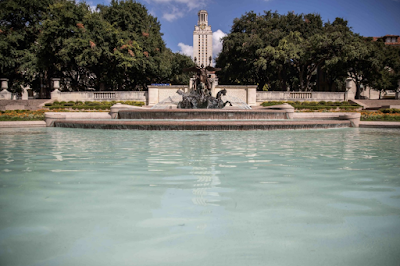 Posted Nov 13, 2019 at 12:17 PM
According to a recent editorial in the Austin American-Statesman, the University of Texas has not been able to recruit and retain significant numbers of Hispanic faculty. The reasons given are a demonstrable lack of understanding of the value that Hispanic faculty bring to the cultural diversity of the campus and the lower salaries that Hispanic faculty receive in comparison to white faculty. It is not surprising then that UT has historically been derelict in not selecting Hispanic academicians to its leadership team.
There has never been a Hispanic president or executive vice president (provost) at UT; the current administration lists no Hispanics in any academic vice president position. As to department chairs, the five largest colleges have only six Hispanics out of 86 positions.
The usual explanation for the low number of minorities in leadership positions at UT and other major universities is that everyone is competing nationally for those few Hispanics with doctorates who are at a point in their careers to be considered for positions of higher responsibility.
Hogwash! One of the nation’s highly-ranked public universities has the power, resources and stature to correct this major blight on its record by attracting more Hispanic faculty and academic leaders to the Austin campus. I offer the following possible solutions to assist the UT administration team in improving its status as a national leader in the promotion of Hispanics to significant positions on its leadership team.
One, nurture your faculty and grow them into leadership positions. Many UT senior Hispanic professors, directors, assistant and associate deans already have the makings of academic leadership. If given appropriate mentoring by high-level UT leaders, they can be groomed to take on more significant leadership responsibilities. The university would be well-advised to start its grooming process now by selecting key UT Hispanic faculty and administrators to attend leadership development programs offered by prestigious universities, such as Harvard, Stanford and Michigan.
Two, recruit proven Hispanic leaders from key Texas universities and colleges, such as University of Texas El Paso, UT-San Antonio, and UT-Rio Grande Valley, to leadership positions at UT-Austin. Because these universities have sizable Hispanic student populations, there are several Hispanic leaders at these institutions who have experience and skill sets to assist UT with the growing Latino population in the state. To reduce resentment by these universities who might see such action as a raid of their Hispanic administrators, a collaborative program could be developed by the Austin campus and these key universities to work together to attract Hispanic leaders to all of their administrations.
Three, recruit prominent Hispanic academicians from major universities across the country. For years, leading universities including UT-Austin have paid handsomely to attract academic stars in chemistry, physics, molecular biology, engineering, classics, history, law, etc. to establish their disciplines at their institutions. UT should be able do the same to entice Hispanic academic stars to Austin.
It is imperative that high-profile Hispanic role models be readily visible in the classroom, the research enterprise and the administration’s leadership team for the many Hispanic students studying at UT (23% of the 40,000 undergraduate students). As one of the leading public universities in the country, the University of Texas can further enhance its academic and educational prominence by hiring more Hispanic leaders.
Acosta Jr. is the former director of the graduate toxicology training program at the University of Texas and former dean of pharmacy at the University of Cincinnati.
Posted by Angela Valenzuela at 8:57 AM