A Quarter Of A Million U.S. Citizen Children Would Be Harmed If The Trump Administration Cancels DACA 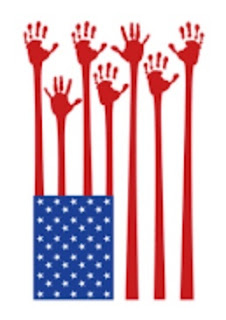 On November 12, U.S. Supreme Court To Consider the Fate of DACA Recipients and their Children

Washington, DC - A quarter of a million U.S. citizen children would be harmed if the Trump administration cancels Deferred Action for Childhood Arrivals (DACA), and their parents lose this vital family protection. Pediatricians, children’s advocates, and parents across the nation are asking the U.S. Supreme Court to consider this fact when reviewing the Trump administration’s closure of the program.

They filed an amicus brief (appendix here) with the U.S. Supreme Court that details the harm that rescinding DACA would have on young children. The brief explainsthat society has a moral imperative to protect children from harm and promote family unity.

The Center for Law and Social Policy (CLASP) supported the development of this brief, working with the American Professional Society on the Abuse of Children, the American Academy of Pediatrics, and dozens of children’s advocacy organizations, medical professionals, and child development experts. The brief was written by Persyn Law & Policy and Orrick, Herrington & Sutcliffe LLP.
In an interview with the Mountain West News Bureau, a group of public media stations in CO, ID, MT, UT, and WY, Wendy Cervantes, CLASP’s director of immigration policy, said “We know from current research that even the fear of deportation alone can have really significant impacts on children’s mental health and can lead to symptoms of post-traumatic stress disorder.” The amicus brief
Marlen Ortiz, a mother of a young son from South Bend, Indiana, shared her concerns about the future with Telemundo. “They are playing with our lives,” she said. “But this is something serious for me. I fear for my security and that of my child…. My son lives in constant fear that they could deport me… I don’t know what more they want us to do.”
The DACA case affects children in every state, but the largest number live in: Arizona, California, Colorado, Florida, Georgia, Illinois, New Jersey, New York, North Carolina, Oregon, Tennessee, and Texas.

Data about the contributions and family ties of DACA beneficiaries can be foundhere, including the number of U.S. citizen children affected by the policy in each state.

Posted by Angela Valenzuela at 8:48 PM