NACCS – STATEMENT ON THE CLIMATE CRISIS

This recently-published statement by the National Association for Chicana and Chicano Studies takes an unblinking look at the climate crisis and burgeoning "climate chaos" that we're in and how low-income people of color bear the brunt of it. This statement, in particular, points to the limits to policy when the underlying ways of knowing are untouched.

Check out the list of policy and advocacy recommendations provided below.  We all owe NACCS scholar Dr. Devon Peña a debt of gratitude for his perseverance and deep subject matter knowledge of the environmental crisis, and his support for a Green New Deal and a larger vision of community-based, grassroots organizing if we are to restore "our wounded watersheds and ecosystems."

Thanks to our NACCS leadership, as well, for making climate change a front-burner issue. 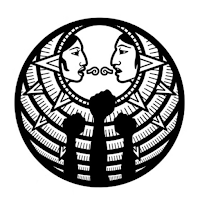 The NACCS board believes it is important to have our voice as part of the global movement against climate chaos, and we have asked NACCS environmental scholars Dr. Devon Peña and Dr. Gabriel Valle to compose the following statement: 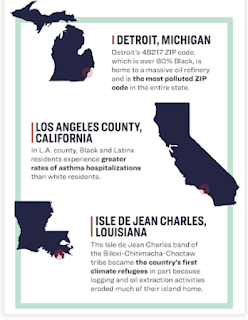 The climate change crisis is affecting all living organisms and ecosystems on the planet but the enduring effects of decades of environmental racism are resulting in disparate impacts. Black, Indigenous, and other People of Color (BIPOC), including Chicanx/Latinx populations, are already suffering major deleterious effects from this global process of environmental violence. It is important to understand first of all that climate chaos is not simply driven by anthropogenic (human-caused) forces but by the type of ravenous destruction of the planet’s life support systems of the global capitalist economy. The combination of extreme heat and cold weather events illustrates for us how so-called “global warming” and even “climate change” are inadequate terms to describe what is occurring and that the concept of climate chaos illustrates how the entire climate system is characterized by unpredictable disruptions with cumulative effects that scientists are only now recognizing and understanding. It is also important to understand how the effects of climate chaos are destroying ecological systems that we depend on to produce our food, medicine, clothing, and shelter. Climate chaos destroys the natural conditions of material cultures.

The evidence of disparate impacts must be weighed when we consider what our policy and political needs are in light of these devastating processes:

1. Urban heat islands. Research confirms that African Americans are 52% more likely than whites to live in “urban heat islands” (UHIs) defined as microclimates that can get an extra 5 to 10 degrees hotter during heat waves. Asian Americans are 32% more likely and Latinxs are 21% more likely to live in UHIs. In the Phoenix area, the mostly Native American neighborhood of Guadalupe suffered more than a dozen deaths during the summer heat wave of 2017 which led to 155 people dying. That set a record for the state of Arizona, passing the 2016 total of 150. Most of these deaths involve BIPOC communities. These differences are results of the longstanding shameful practice of residential segregation and a lack of open green spaces and tree cover in these segregated neighborhoods.
2. Extreme Cold Weather Mortality and Illness. Beyond the effects of heat waves, BIPOC populations are also suffering higher rates of mortality and illness as a result of extreme cold weather events affecting urban low-income barrios and rural communities including reservations.
3. Farm and other natural resource workers. There are 2.5-3 million farmworkers in the United States. Of these 80% are Latinx and more than half of these are Mexican-origin workers an increasing number of whom are Native Mesoamericans. Between 2000 and 2010, 359 occupational heat-related deaths were identified in the U.S., for a yearly average fatality rate of 0.22 per 1 million workers. Highest rates were found among Latinx males in the agriculture and construction industries. Farm and construction workers accounted for nearly 58 percent of occupational heat deaths from 2000 to 2010, and Latinxs had three times the risk of heat-related death on the job than did non-Latinxs.[1]
4. Climate refugees (Central America, Mexico). The so-called “Dirty Wars” and decades of neoliberal “Shock Doctrine” (including NAFTA) initiated a set of violent forces that – combined with severe drought and climate change impacts – have led to a mass forced migration of mostly Indigenous populations. These are the same populations that are being dehumanized and terrorized by US border and immigration control forces that are separating families and placing their children in cages.

5. Displacement of ‘cultures of habitat’. Indigenous peoples are recognized for their deep traditions of resilient inhabitation of ancestral territories and are renowned for providing ecosystem services to the Earth. This is why ethnoecologists the world over have long defended “ecosystem peoples” or “cultures of habitat” and their resilient and regenerative livelihood traditions and practices.[2] The same corporate and settler colonial nation state agencies that are underlying forces of climate chaos are actively engaged in the forced relocation of Indigenous communities. In the Southwest, Native American/Chicanx acequia communities are facing the prospect of extinction and displacement due to declining mountain snowpack that serves as the water source for these celebrated community irrigation systems.[3] The cultural landscape and ecological services of the acequia systems are being damaged by the effects of drought, past and ongoing deforestation, and extreme fluctuations in weather patterns. In Alaska, the Iñupiat village of Kivalina is being relocated due to rising sea levels and it is only one of many dozens of such Arctic communities directly affected by climate chaos.
6. Food system and food sovereignty impacts. BIPOC communities are already disproportionately affected by hunger and malnutrition. A USDA study of so-called “food insecurity” demonstrates that Mexican immigrant children suer the highest rates of hunger and malnutrition in the U.S. BIPOC communities have long faced death by “nutricide” and are already increasing experiencing the loss of traditional foods, foodways, and heritage cuisines and of the agroecosystems and land and waterscapes that support our direct livelihood traditions and food cultures. Climate chaos is intensifying these deleterious losses of heritage cuisine, and traditional foodways and undermining our agroecosystems and our access to traditional hunting, foraging, and fishing areas.

7. Air Quality. In 1987, the Commission for Racial Justice at the United Church of Christ released the groundbreaking report, Toxic Waste and Race in the United States.[4] The report was one of the first documents to use the term “environmental racism” to explain how communities of color are more likely to be exposed to unhealthy air, which can lead to conditions of asthma, among other things. The report shows that three-fifths of BIPOC communities live in or near areas of toxic waste. These conditions are not simply because many of these communities live in urban areas, but because of the historical process of urban planning and policy making that dictates where industrial business reside, where freeways are built and expanded, and even the flight patterns of air traffic. The commission released a second report, Toxic Waste and Race at Twenty 1987-2007, and their findings show that in spite of laws and policies created to promote justice, the conditions in many BIPOC communities remain much the same.[5] In the coming years, the climate crisis will exacerbate these conditions. In urban communities, the heat island effect (see item 1) will worsen air quality and increase the prevalence of asthma. In rural communities, the climate crisis will compound drought conditions. Air quality in Fresno, CA, recently received an F by the American Lung Association’s State of the Air 2019 report.[6] Today, approximately 43.3 percent of Americans live in counties that have unhealthy ozone and/or particle pollution – that is more than 141 million people exposed to unhealthy air.

8. Water and Water Quality. The availability and the quality of water are both exacerbated by the climate crisis. A recent report notes that half the world’s population will live in water-stressed areas by 2025. According to the World Health Organization (WHO), “Even in non-water stressed areas, the quality of surface water could deteriorate as more rain and storms drive erosion and the release of toxins. These dynamics could affect everything from the availability of drinking water for people to a shortage of water for livestock and crops (with negative effects for the food supply) to decreases in hydroelectric power generation.”[7] These water quality impacts are already affecting the health of U.S. urban BIPOC communities. We have learned that Flint, MI, is not an isolated incident, but just the tip of the iceberg. Municipalities access the country are being to realize this. In predominantly Latino, agricultural communities that rely on groundwater, community members experience elevated and long-term exposure to nitrates in their drinking water. Epidemiological evidence suggests an elevated risk of cancer and congenital disabilities in communities that experience nitrate exposure at levels below U.S. EPA’s drinking water standard (10 mg/L NO3-N).[8] Recent findings have shown high levels of lead in public schools. In California, the Community Water Center conducted as state-wade report that concludes from 2003-2014 over one million students attended schools that did not meet primary safe drinking water standards. The report also finds the schools impacted by unsafe drinking water had higher percentages of BIPOC students.[9] The struggle over water, while frequently framed as an environmental problem (i.e., drought), is, in fact, a highly political matter that influences the livelihood and wellbeing of urban and rural BIPOC communities. Climate chaos is only worsening these problems aided and abetted by the perverse logic of neoliberal policies that eliminate the investments in environmental quality and the protection of the Earth’s life-support systems like air, land, and water.
Therefore, the National Association for Chicana and Chicano Studies declares the climate crisis the most paramount issue of our time. The systems and institutions that destroy the environmental conditions needed for clean air and water are the same systems and institutions that have historically denied Chicana/o and Latinx peoples a means to self-determination. The climate crisis is not amendable through “technological fixes” or “green consumerism,” because the climate crisis is deeply rooted in a particular type of settler colonialism and capitalism that prevents, and even erases, the sustainable livelihoods of Chicana/o and Latinx people and communities. The National Association for Chicana and Chicano Studies recognizes that while the climate crisis becomes more perilous by the day, Chicanas/os and Latinx peoples have always been engaged in struggles to improve our environments. From the acequia farmers improving soil health and agrobiodiversity through traditional agricultural practices,[10] to the mujeres organizing against polluting industry,[11] we have been there. From the campesinxs resisting pesticides,[12] to the ciudadanxs reusing coffee tins,[13] we have been there. The National Association for Chicana and Chicano Studies declares that in order to truly address the climate crisis, we must remake our social, political, and economic systems to promote diversity, autonomy, resilience, and a just sustainability.

Posted by Angela Valenzuela at 8:53 AM