The hearing today on African American Studies before the Texas State Board of Education was glorious!  I presented the petition that you can read below, particularly since the SBOE cut me off before I could get through the whole document (full report is downloadable here).

The best part for me was listening to everybody that testified, including several of our students and faculty.  The students that went forward were all in Education Policy and Planning, including Masters students Chase Moore, Chloe White, Angeles DeSantos Quezada, Julieta Rico, and doctoral students Eliza Epstein and Chloe Sikes.

Chloe even appeared in the Texas Tribune this evening in a story titled, "Texas education board likely to approve African American studies course in 2020."  Way to go, Chloe!

He was accompanied by a busload of at least 40 students from the Dallas Independent School District, many of whom similarly testified on the benefits and psychological uplift provided by their district-developed, African American Studies curriculum. Do listen to his testimony as he provided the most cutting observation of the day:
"Everybody right now in this very moment is actually in an African American course. These students that are here today are in the course as we speak."
What a wonderful, empowering way, if for a moment, to both demystify the Ethnic Studies classroom and re-cast the SBOE hearing itself as intimately caught up with the Ethnic Studies movement. You represent us all so very well, Macario.
Muchísimas gracias por tu compromiso y tus esfuerzos tan admirables. Many thanks for your commitment and admirable efforts.

So 14 of us out of a guesstimate of 58 people or so that testified means that roughly 20 percent of us who went up to the podium to speak were from UT, many of whom are students.  Among these, this was their very first time to deliver testimony.  And they all spoke so very powerfully and eloquently.  It so fed my soul.  I'm happy to share some of what was shared here.

The SBOE will vote on the TEKS standards to this course in their January meeting with Native American Studies coming next out of the gate.

Despite the hatred and violence that we are witnessing in many of our schools and society, we can rest assured that this next generation will keep democracy and hope alive. 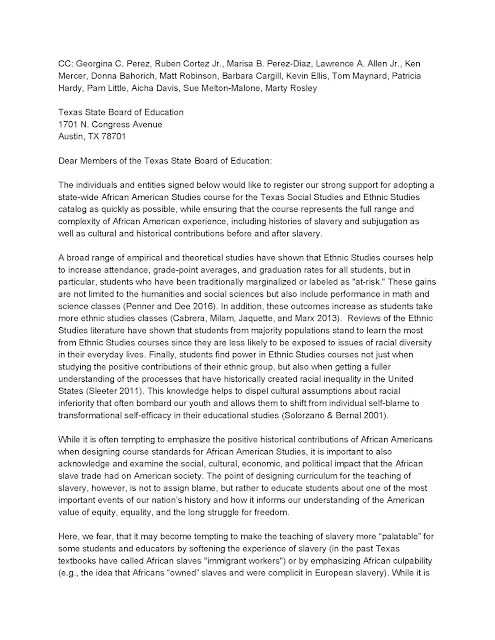 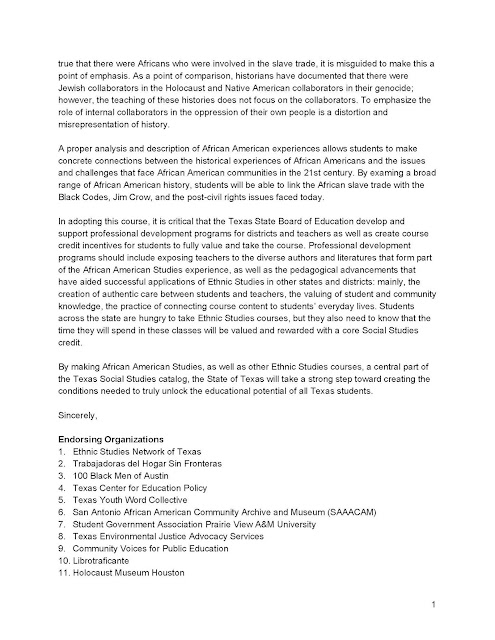 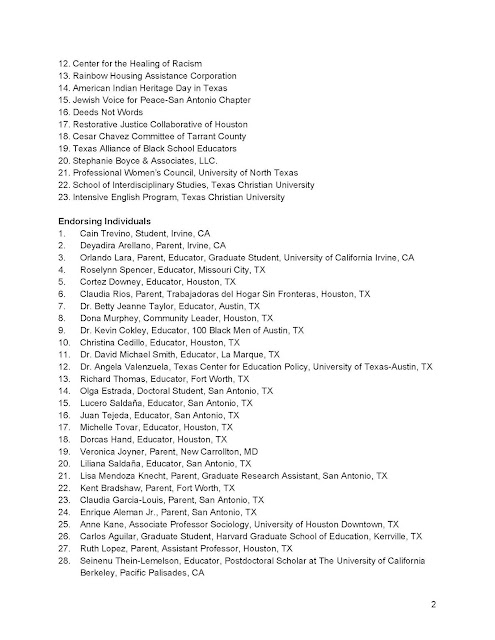 Posted by Angela Valenzuela at 10:49 PM