Great news to learn this morning that SB 7 died last night in the Texas State Legislature, a bill that would make voting harder and scarier. It'll come back up during special session and as you can read for yourself below, litigation that is costly to taxpayers is also imminent

For now, we can breathe easily. Congrats to House Democrats for this show of unity on something so precious as the right to vote in a state that already makes it difficult to do so.

Without enough Texas House members present for a final vote, a GOP-backed election bill failed to pass before a deadline Sunday night. 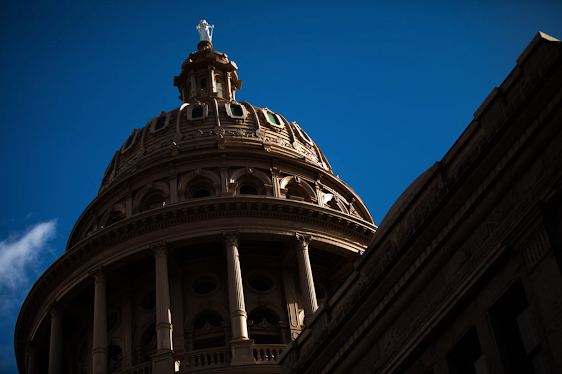 Without enough Texas House members present for a final vote, a GOP-backed election bill failed to pass before a deadline Sunday night.

Throughout the night, Democrats claimed new provisions in Senate Bill 7 were written behind closed doors and the bill was being rushed to passage without public input on key measures.

“The voices of Texans were not heard in this debate,” said state Rep. John Bucy, a Democrat whose district includes parts of Austin, Cedar Park and Leander.

Gov. Greg Abbott said it was “deeply disappointing and concerning for Texans” that the bill would not make it to his desk during this legislative session.

“Ensuring the integrity of our elections and reforming a broken bail system remain emergencies in Texas,” he said. “They will be added to the special session agenda. Legislators will be expected to have worked out the details when they arrive at the Capitol for the special session.”

The final version of SB 7 went through significant changes ahead of the final steps of approval in the Texas House and Texas Senate. Those changes were made by Republicans, Democrats say, during private committee negotiations.

If signed into law, SB 7 would have added new restrictions throughout the Texas election code — including rules around mail-in ballots, voter registration, poll watchers, voting hours and curbside voting, among other things.

State Rep. Travis Clardy, a Republican from Nacogdoches who spoke on behalf of the bill, said members “worked hard to come up with language that would resolve substantive differences” between the Texas House and Senate versions of the bill.

“This bill makes it easier for Texas to vote,” he said, “but for those determined to break the law, make it harder to cheat.”

The bill — which was opposed by various corporations, as well as voting rights groups — also would have added new restrictions to the state’s already limited vote-by-mail program. It required voters to add identification information to their ballot — and it also required disabled voters to identify what kind of condition they have in order to vote by mail. It also changed the standard of who is eligible for a mail-in ballot under the disability category.

The legislation also took aim at efforts — particularly among local election officials in Houston — to make voting safer during the pandemic. SB 7 outlawed 24-hour voting centers and drive-thru voting, which were disproportionately used by voters of color during the 2020 election. The bill also banned voting before 1 p.m. on Sundays, which voting rights groups warn would affect “Souls to the Polls” campaigns led by Black churches.

James Slattery, a senior staff attorney at the Texas Civil Rights Project, told KUT the final version of the bill would have made voting harder in a state that is already the hardest to vote in.

“But it will also make voting scarier,” he said, “because there are a number of new crimes being created in this law that target both voters and election officials with serious felony offenses.”

SB 7 created state jail felonies for election officials who hand out vote-by-mail applications to someone who hasn’t requested one. It also allowed partisan poll watchers to sue election workers and local governments if they are prevented from doing their “duties” as poll watchers.

One of the last-minute changes to the bill, which were not heard or debated in either chamber, included a provision that allows an election judge to overturn an election if they suspect there is voter fraud without investigating ballots in question and proving this alleged voter fraud.

Rep. Bucy said this meant election workers would no longer have to prove voter fraud to throw out an election result.

State Rep. Julie Johnson, a Democrat from Farmers Branch, said lawmakers were skirting their own rules in an effort to make it harder for Texans to vote.

“Make no mistake, the State of Texas will go to court again for this bill,” Johnson said. “We will waste millions of taxpayer dollars again defending this awful piece of legislation that seeks to disenfranchise so many Texas voters.”

Posted by Angela Valenzuela at 9:10 AM