Critical Race Theory Needs To Be In Our Schools: ACT Now and OPPOSE HB3979

So glad to see University of Texas Associate Dean for Equity and Inclusion Esther Calzada and  Assistant Dean for Undergraduate Programs Cossy Hough—both in the Steve Hicks School of Social Work at The University of Texas at Austin—weigh in on House Bill 3979.  I concur with Deans Calzada and Cossy Hough that we should all "reject the neoliberal premise that teaching children to be kind, accepting and colorblind, while ignoring race and racism, fosters equity and equality."

CRT which is not an ideology but a framework, helps all prepare for a diverse world to understand the history of race that is actually not simply a state or national phenomenon, but global, as well. 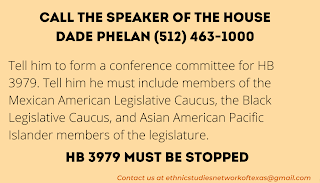 What can you do? Here's the scoop at this very moment:
While HB 3979 passed the Senate last Saturday at 2am [see video of Senate Floor Debate], the fight against that bill continues because the Senate added amendments. If the author accepts the amendments, then the house and senate versions of the bill need to get reconciled. Reach out to House Speaker Dade Phelan to register your concerns.
-Angela Valenzuela
#EndWhiteSupremacy

Critical Race Theory Needs To Be In Our Schools

Columns appearing on the service and this webpage represent the views of the authors, not of The University of Texas at Austin. 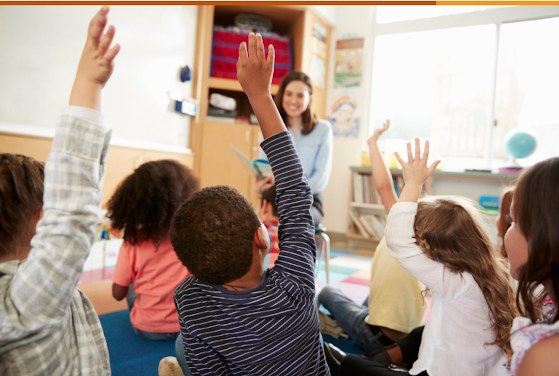 Texas legislators recently advanced two bills that restrict or ban the use of critical race theory in public schools. Much like bills in other states during the past few months, the Texas bills restrain discussions about race and racism in the classroom.

Ironically, critical race theory is founded on the principle that no race is “inherently superior to another” as outlined in the Texas bills. It also recognizes that racism is not driven by individual racist acts. It seems, then, that the proposed bills are not designed to promote a spirit of equality, as professed by their proponents, but instead to protect white people from critical conversations about race.

Fear is a powerful motivator. At issue seems to be the fear that white people are and will be victims in the dredging up of an unjust past. This rhetoric of fear was on prominent display when Idaho legislators described critical race theory as “indoctrination,” “poison” and “garbage.”

These arguments intentionally center the fears of white people while neglecting the realities of Americans who are not white.

Critical race theory is designed to focus attention on the realities of people of color by illuminating the pervasive elements of racism that permeate societal systems and structures in the U.S. today. It should not be surprising that historical events and institutions as damaging and dehumanizing as the genocide of First Americans and the slave trade in the U.S. from 1619 to 1865 have had far-reaching and long-lasting impacts on our society.

What critical race theory asks is that we consider these impacts. That we look for remnants of the norms that were established when only white men were granted citizenship and the right to vote and own property. That we evaluate how those norms still disadvantage people of color today.

To be sure, these atrocities took place centuries ago, and most Americans view them as abhorrent. Many even argue that since the days of colonization and slavery, our country has fought for and achieved racial equality. But a wealth of data contradicts this conclusion. Considering these disparities in the context of our history, is it too much to ask white people to critically reflect on the past?

The history and current structures of racial oppression must be included in the narratives that students learn about in schools. Voices and experiences of people of color throughout U.S. history must be amplified. By broadening understanding about race, critical race theory introduces new perspectives that encourage students to be critical thinkers who can dissect information and form new ideas. There pedagogical values are a hallmark of educational excellence, but they are being challenged specifically as applied to issues of race. White parents and educators must ask themselves why this is the case.

We can all agree that each student shouldn’t feel “psychological distress on account of his or her race or sex” in their classrooms. But white children can learn about the “sins of their fathers,” and about present-day racism, without concluding that they are inherently evil. To suggest otherwise underestimates the cognitive abilities of children. And what about the psychological well-being Black, Indigenous and other children of color?

Traditional curricula do not validate the historical and present-day realities they know to be true for people of color in the U.S. In fact, children — regardless of their own race — are arguably better equipped to learn about and discuss racism than are adults, who, having been socialized to a culture of silence on the topic of race, often feel said psychological distress.

As professors committed to educational excellence for all students, we reject the misinformation and propaganda that capitalizes on the fear that white students will be demonized in discussions about racial injustice. We reject the neoliberal premise that teaching children to be kind, accepting and colorblind, while ignoring race and racism, fosters equity and equality. We call for critical race theory in our classrooms.

Esther Calzada is associate dean for equity and inclusion in the Steve Hicks School of Social Work at The University of Texas at Austin.

Cossy Hough is assistant dean for undergraduate programs in the Steve Hicks School of Social Work at The University of Texas at Austin.

A version of this op-ed appeared in the Austin American-Statesman, San Antonio Express News and MSN.

Posted by Angela Valenzuela at 9:51 AM