My University Plans to Reopen This Summer, Based on Advice From McKinsey. That’s Terrifying.

As convincingly argued by Texas State University System (TSU) History Professor Jeffrey Helgesen, the public is right to concern itself with the re-opening of our schools, colleges, and universities, asking the key question of whose interest this serves. As outlined herein, McKinsey & Company has a history of closing schools. So why are they the corporation of choice for TSU's re-opening?

We have enormous talent, knowledge, and resources in our universities and communities.  So why aren't our communities engaged in crafting a response? Something as dangerous and multifaceted as COVID cannot be fully outsourced anyway.

We, as a public, most especially students of color that overwhelmingly attend these school systems must be very discerning and wise with any corporate response to a crisis that ALWAYS spells not only corporate profits, but an expansion of an ultimately racist and classist agenda to corporatize public education. They would be legitimate if they were involved in the fight for greater funding of our colleges universities, but they are not—and that means something.

Thanks to Dr. Estela Bensimon for sharing. 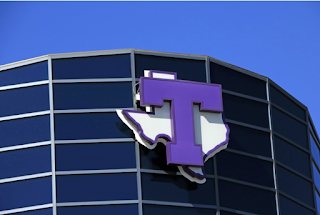 My University Plans to Reopen This Summer, Based on Advice From McKinsey. That’s Terrifying.

McKinsey & Company is pushing a military-style, corporate response to the Covid-19 crisis in public higher education. What we need is an anti-racist approach.
BY JEFFREY HELGESON