From the front lines: Inside Texas hospital overwhelmed by coronavirus patients

The South Texas health system in McAllen, located in the South Texas Rio Grande Valley by the U.S.-Mexico border is experiencing a terrible crisis right now--and has been--with the rate of infections, deaths soaring, while severely lacking in hospital capacity. As with the video above, images coming out of South Texas are horrifying.

The piece below from the McAllen newspaper, The Monitor, provides a good sense of the politics involved. Basically, they're not getting the help they need and are requesting South Texas is becoming another "COVID Chernobyl" (read: Chernobyl, Covid-19 and Trump’s debt to the truth). Just as importantly, government officials in South Texas need authority to issue stay-at-home orders in areas of South Texas and Texas' Governor Abbott isn't allowing them. How can this be?
In a state so large as Texas, it is flatly unreasonable to not be attentive to local context, on the one hand, and to be autocratic, on the other, especially when people's lives are at stake and when COVID infections and deaths are disproportionately impacting an entire region.
This is terrifying for our state right now. We are so in need of a good leader who responds to the science and who cares. 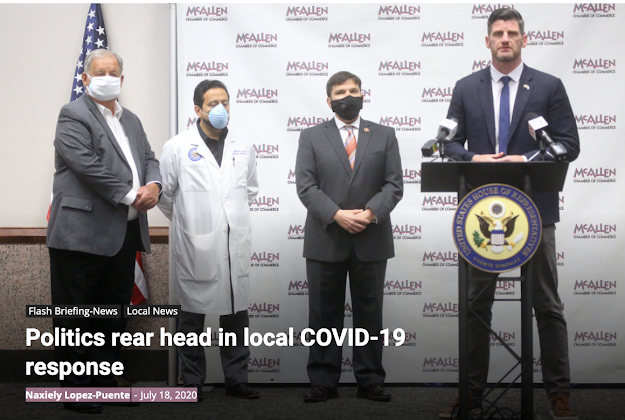