For Planning Purposes    Contact: Mckenzie Jones at mckenzie@npstrategygroup.com or 352-870-2587 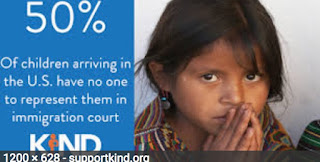 Washington, D.C. – With more than 3,000 children separated from their parents or caregivers, child welfare advocates and medical experts have become increasingly concerned with the implications of the Trump Administration’s family separation policy. On a press call Thursday, June 14, experts will discuss the mental, emotional and physical impacts on children separated from their parents and caregivers.
This past month, Reuters found that more than 1,800 children were taken from their parents from October 2016 to February 2018. Under the Trump Administration, their zero-tolerance policy has ramped up family separations at the border and other ports of entry. According to the Washington Post, from May 21 through June 5, there were 415 separations alone. The reckless nature of the policy is having psychological and heart-wrenching effects on families, particularly young children.
According to the American Psychological Association, separating children from their parents is a threat to “the mental and physical health of both the children and their caregivers.”
Despite these findings, and the mental and emotional toll the policy takes on children,  the Trump administration is ramping up the destruction of families.
WHO:
Wendy Young, President, Kids in Need of Defense (KIND)
Dr. Arthur C. Evans Jr., CEO of American Psychological Association
Dr. Ana María López, MD, MPH, FACP, President of the American College of Physicians (ACP)
Spokesperson for Zero to Three
WHEN: Thursday, June 14, 10:45amET
DIAL IN: 877‑888‑4294 ; PASSCODE “CHILDREN”
###