Very urgent matter.  The death toll is adding up.


"Trump, Sessions and Nielsen have blood on their hands. This is their crackdown. They can dial it back whenever they choose. But they won’t, because they believe in their divisive and dehumanizing strategy and they believe it will help them hang onto power. Meanwhile, Republicans in Congress to stay silent, and the death toll mounts.”


We must oppose this in every way possible  Please reach out to whoever represents you in Congress and urge them to institute humane, comprehensive immigration reform.  Go to this link to see who represents you and reach out ASAP. 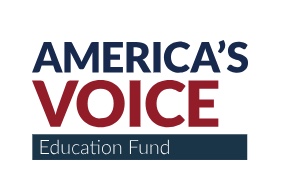 For Immediate Release     Contact: Michael Earls at 202-494-8555 or press@americasvoice.org
June 11, 2018
“Trump’s abhorrent family separation policy now has a death toll”
Tragedy Strikes and Outrage Mounts Over the Trump Administration’s Cruelty
Link: http://bit.ly/2HEzDts
Washington, DC – Over the weekend, Nick Miroff of the Washington Post reported on the devastating story of Marco Antonio Muñoz, a Honduran father who was evidently so distraught about being separated from his wife and child as a result of the Trump Administration’s “zero tolerance” strategy, he committed suicide while in detention:
Much of the controversy generated by the approach has centered on its potentially traumatic impact for migrant children, but the government has said little about how it handles parents who become mentally unstable or violent after authorities split up their families.

Soon after Muñoz and his family were taken into custody, they arrived at a processing station in nearby McAllen and said they wanted to apply for asylum. Border Patrol agents told the family they would be separated. That’s when Muñoz “lost it,” according to one agent, speaking on the condition of anonymity to discuss the incident.

“The guy lost his s---,” the agent said. “They had to use physical force to take the child out of his hands.”

Though Muñoz did not attempt to assault Border Patrol staff, he was at that point considered to be “pre-assault” because he was so agitated. As one agent described it, Muñoz “had the look of a guy at a bar who wanted to fight someone.”

“We had to get him out,” the agent said. “Those cells are about as secure as a dog kennel. He could have hurt someone.”

“He yelled and kicked at the windows on the ride to the jail,” an agent said. Shackled and handcuffed, Muñoz attempted to escape again upon arrival and once more had to be restrained.

Guards said they checked on Muñoz every 30 minutes and observed him praying in a corner of his cell the following morning.

Paramedics found Muñoz dead, his electrocardiogram showing a “flat line,” according to the report. The sheriff’s department said it attempted to contact Honduran authorities who could reclaim Muñoz’s body, but they received no answer at a consulate. Muñoz’s wife and son were later released from Border Patrol custody, according to one agent.
As journalist Jamil Smith tweeted:
“Donald Trump’s abhorrent family separation policy now has a death toll. Marco Antonio Muñoz, a Honduran father jailed apart from his wife and child, died from suicide inside a padded cell in Texas. This isn’t just affecting the kids.”
In the Philadelphia Inquirer, Will Bunch writes a blistering column entitled, “'Never Again'? 'Again' is Happening Right Now on America's Border. What Will You Do?” He writes of the growing number of young people now dead because of the Trump administration’ crackdown:
I want to write today about a suicide that has profound moral implications for what it means to be an American in 2018. And no, I’m not talking about either Kate Spade or Anthony Bourdain...This is about Marco Antonio Muñoz, a 39-year-old Honduran who died all alone last month in a rural Texas jail cell, with an item of clothing around his neck and a small pool of blood on a padded floor.
Muñoz was a casualty of the Trump administration’s cruel and inhuman “zero tolerance” policies ... the Munoz family asked for asylum in the nation that once celebrated its willingness to accept the tired, poor and hungry of the world. But that was a different century. This is 2018, and agents instead violently ripped the toddler out of the arms of a screaming Muñoz.
People are dying.
Claudia Patricia Gómez González is dead. A vivacious-looking 19-year-old woman who’d studied accounting and journeyed 1,500 miles north when she was unable to find work at home, Gonzáles was shot by a Border Patrol agent just north of the Texas border with Mexico last month.
Manuel Antonio Cano Pacheco is dead. He was the same age as González. His parents had brought him to a stable life in Iowa when he was only 3. Like most 19-year-olds, he made some mistakes — marijuana and driving offenses. That brought him to the attention of America’s stepped-up deportation forces, who stripped Pacheco — a teen dad, about to graduate high school — of his “Dreamer” status and took him across the border from Laredo, Texas, into Mexico, the “homeland” he’d never known. He was killed by drug gangs there just three weeks later.
We’ve done the right thing in teaching our children (and hopefully ourselves) to say, “Never again.” But we have to understand that “again” won’t come with a big bang and a giant sign that says “Human Rights Disaster!” Instead, it comes with these small but accelerating official acts of cruelty until the train is going too fast to stop — and with too many people too afraid to take the very real risk of speaking out to stop it.
...With Father’s Day looming … start the planning for a more active resistance of Trump’s inhumane policies. Because I can already hear that train coming down the tracks, and it’s only gaining steam.
According to Frank Sharry, Executive Director of America’s Voice Education Fund:
“A father goes crazy when US government agents ‘use physical force’ to separate him from the wife and child he pledged to protect. Isolated in a padded cell, he kills himself in a jail in Texas. A young woman seeking a better life in America crosses the border and gets shot in the head and killed by a Border Patrol agent – for no apparent reason. A Dreamer gets sent back to Mexico, a country he can’t remember, ends up in the wrong place at the wrong time, and gets murdered by gangsters. This is not normal. Trump, Sessions and Nielsen have blood on their hands. This is their crackdown. They can dial it back whenever they choose. But they won’t, because they believe in their divisive and dehumanizing strategy and they believe it will help them hang onto power. Meanwhile, Republicans in Congress to stay silent, and the death toll mounts.”
Follow Frank Sharry and America’s Voice Education Fund on Twitter: @FrankSharry and @AmericasVoice
America's Voice Education Fund – Harnessing the power of American voices and American values to win common sense immigration reform
www.americasvoice.org
###