‘Barbaric’: America’s cruel history of separating children from their parents

Important, if painful, read which is germane to what is happening right now on the U.S.-Mexico border.  Yes, our current policy of separating children from parents is barbaric.

I got this from AmericasVoice.org—a very helpful website, by the way.  Here is what they had to say about it: 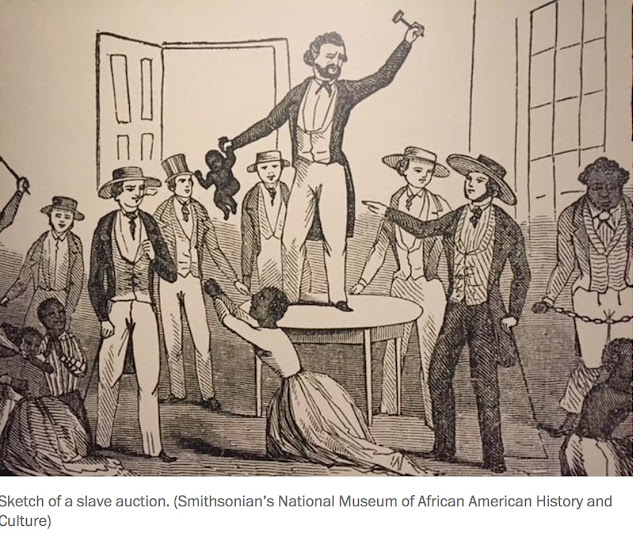 ICYMI from WaPo: “‘Barbaric’: America’s Cruel History of Separating Children from Their Parents”

The policy has generated outrage among Democrats and immigration advocates. And it has conjured memories of some of the ugliest chapters in American history.

“Official US policy,” tweeted the African American Research Collaborative over the weekend. “Until 1865, rip African American children from their parents. From 1870s to 1970s, rip Native American children from their parents. Now, rip children of immigrants and refugees from their parents.”
Henry Fernandez, co-founder of the collaborative and a senior fellow at the Center for American Progress, said he drafted the tweet based on his research into several periods in U.S. history when government officials sanctioned the separation of children from their parents, including during slavery.
Another period of family cruelty, Fernandez said, began in the late 1800s and lasted well into the 1970s, when indigenous children across the country were forcibly separated from their families and sent to “Indian schools.” At the boarding schools, the children were required to assimilate. They were stripped of their language and culture. Often they were physically and sometimes sexually abused.
“In each case, we look back at the programs as barbaric,” Fernandez said. “History will similarly consider the Trump administration’s ripping children from their parents as an unconscionably evil government action.”
….Each of these U.S. policies, Fernandez said, begins with the assumption “that the idea of family is simply less important to people of color and that the people involved are less than human. To justify ripping families apart, the government must first engage in dehumanizing the targeted group, whether it is Native Americans, African Americans or immigrants from Central America fleeing murder, rape, extortion and kidnapping.”
Trump, he noted, dehumanized immigrant children by saying, “ ‘They look so innocent. They’re not innocent.’ ”
“There is no question these children are innocent,” Fernandez said, “but Trump associates them with the idea that these are not like your children and thus less than human.”
The entire piece is worth the read and available online here.